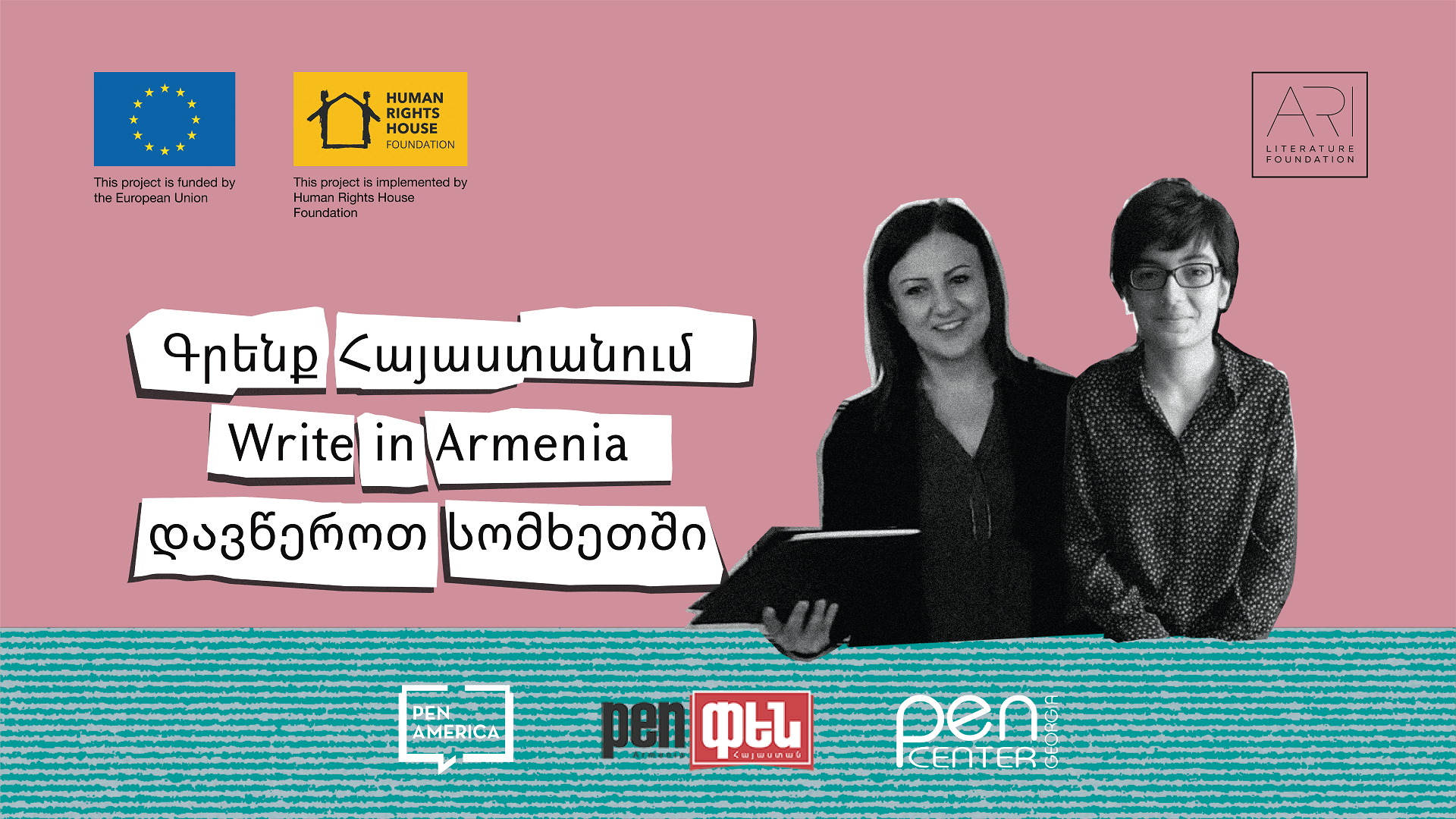 As part of the PoLitPEN days, a discussion titled Write in Armenia was co-organized with our partner ARI Literature Foundation.

During the event, PEN secretary and founding director of ARI Literature Foundation Arevik Ashkharoyan spoke to Nana Abuladze, alumna of the Write in Armenia 2018 international writing camp, whose debut novel Akumi brought the young writer great repute in her native Georgia as well as several awards including the prestigious Saba and Litera prizes.

During the discussion, Arevik Ashkharoyan and Nana Abuladze recalled and expressed new appreciation for the unique experience provided by the Write in Armenia camp. The camp had involved young, emerging writers from Armenia, Turkey, Russia, Ukraine, and Georgia, many of whom are now established literary figures, like the evening’s special guest, Nana Abuladze.

Nana Abuladze shared her experience as a writer, particularly focusing on her novel Akumi, which featured a broad range of themes from gender identity and issues of sexuality to the history of Georgia, bio-philosophy and human physiology. The novel brings together the stories of nine main protagonists, with the central character being a person without sex, born without sexual organs, and bearing the self-appointed name of Akumi (Georgian – აკუმი, one of the meanings of which is “neither man, nor woman”).

As a reminder, youth policy is one of the four main areas of focus for PEN Armenia (see the Annual Meeting 2022) with priorities including the promotion of young writers, making their voices heard in their native language and beyond the borders of their country, as well as the establishment of an open, peaceful, and sincere dialogue among representatives of the younger generation in our region. 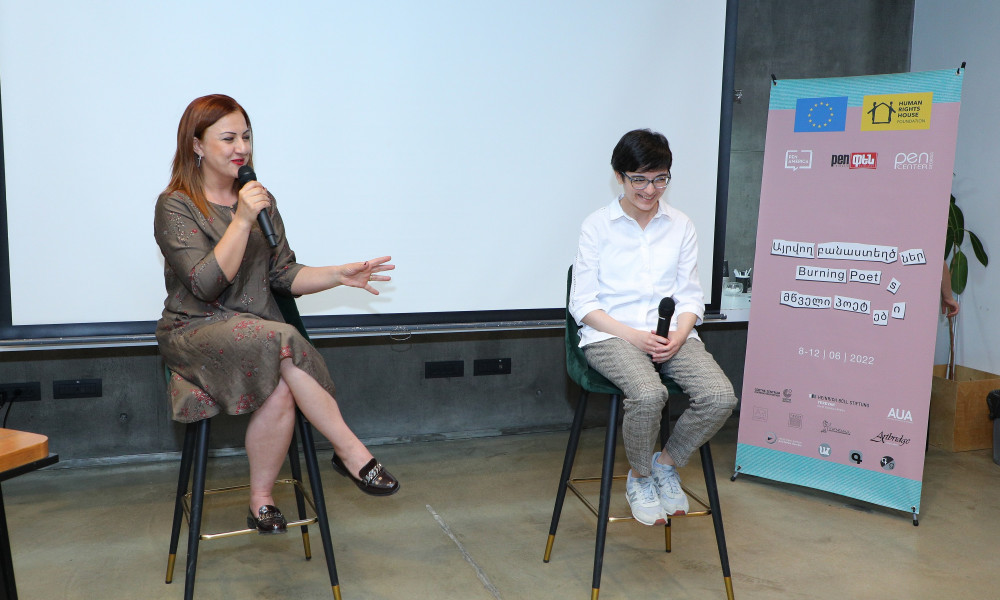 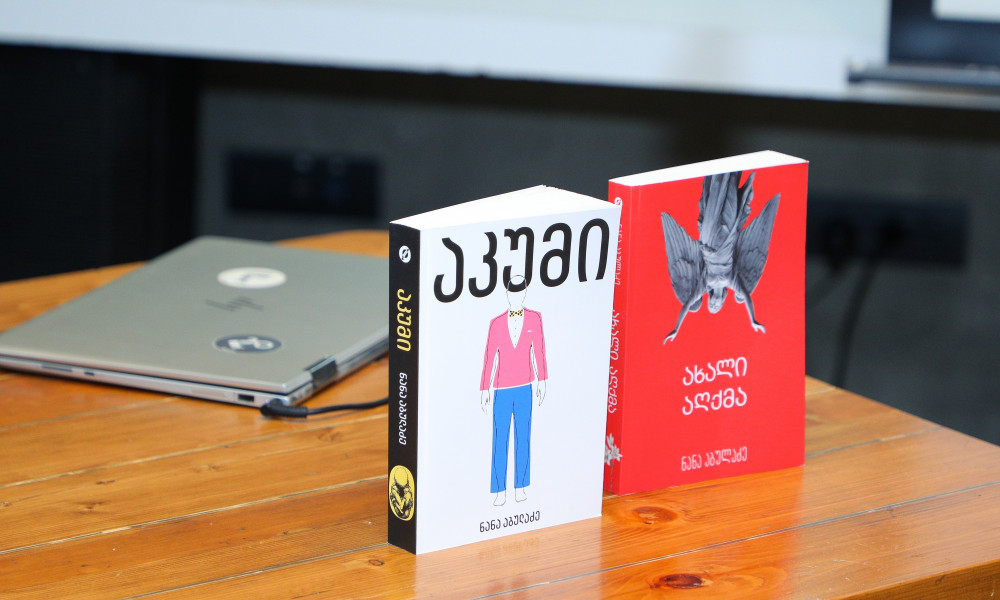 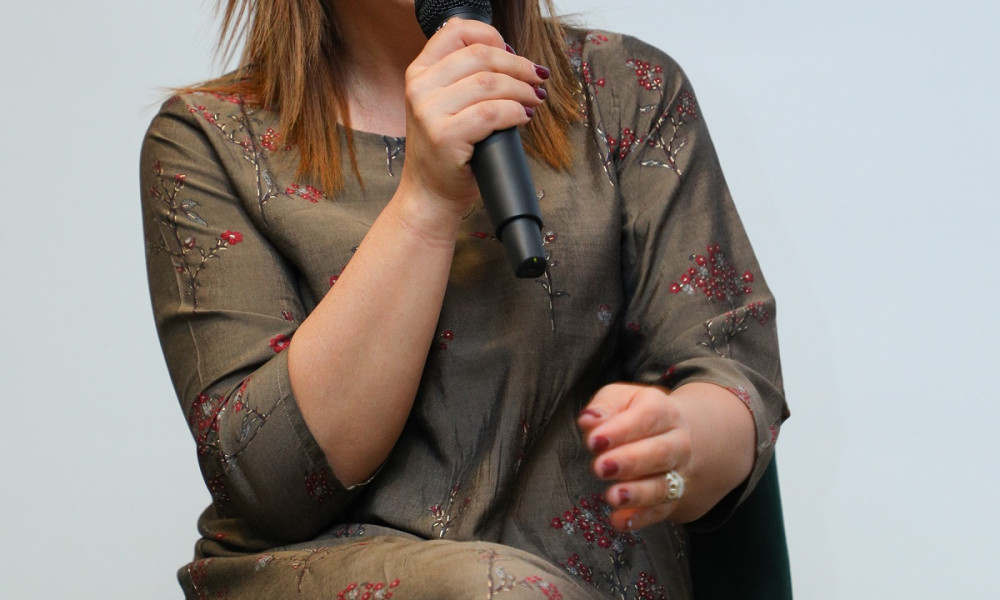 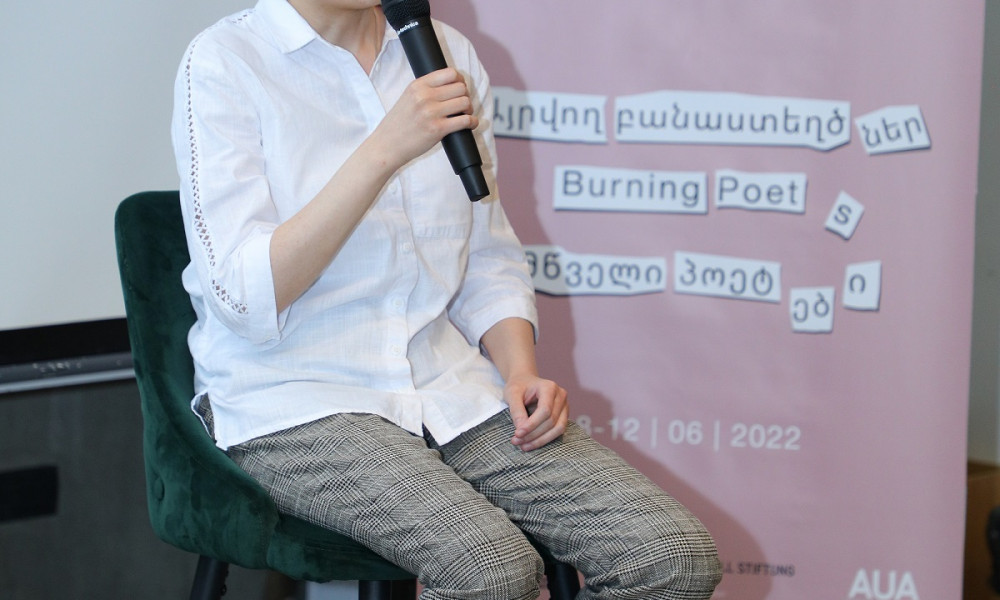 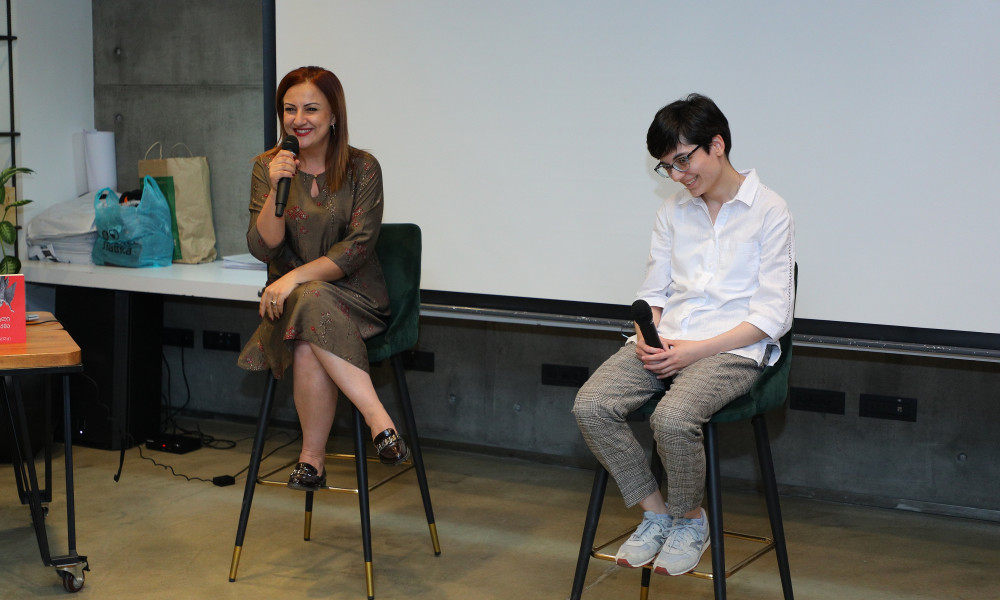 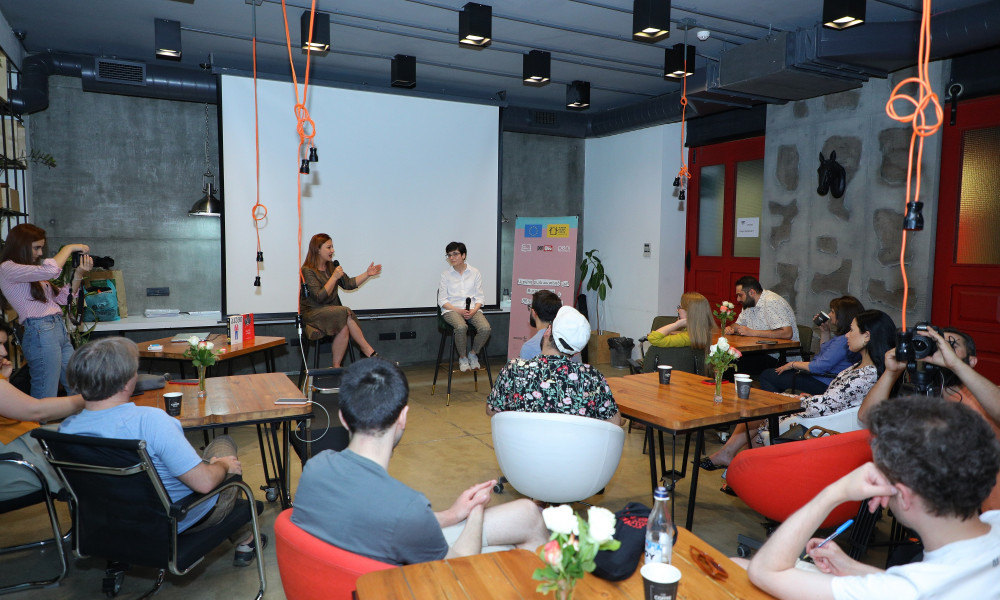 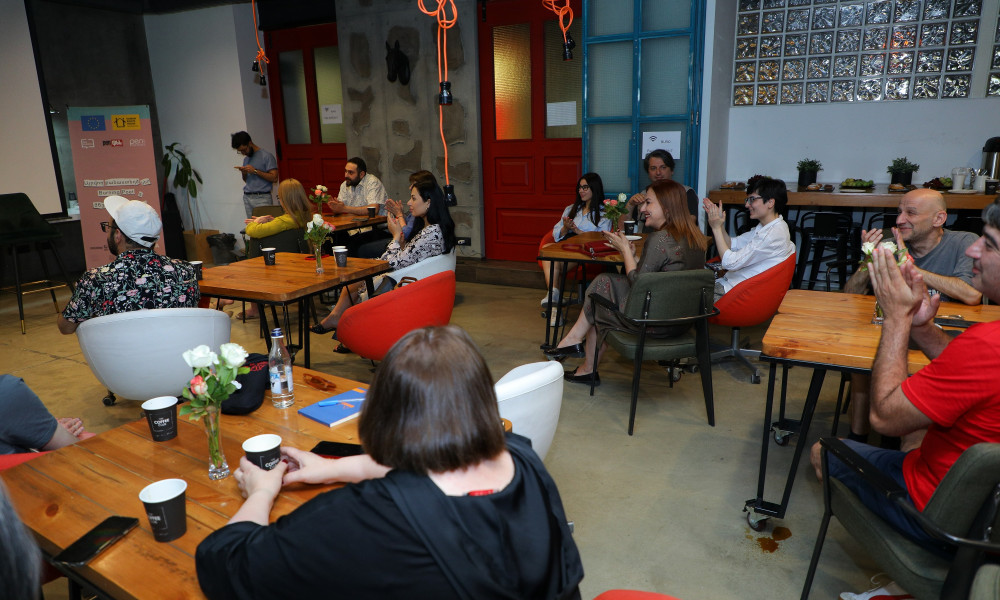 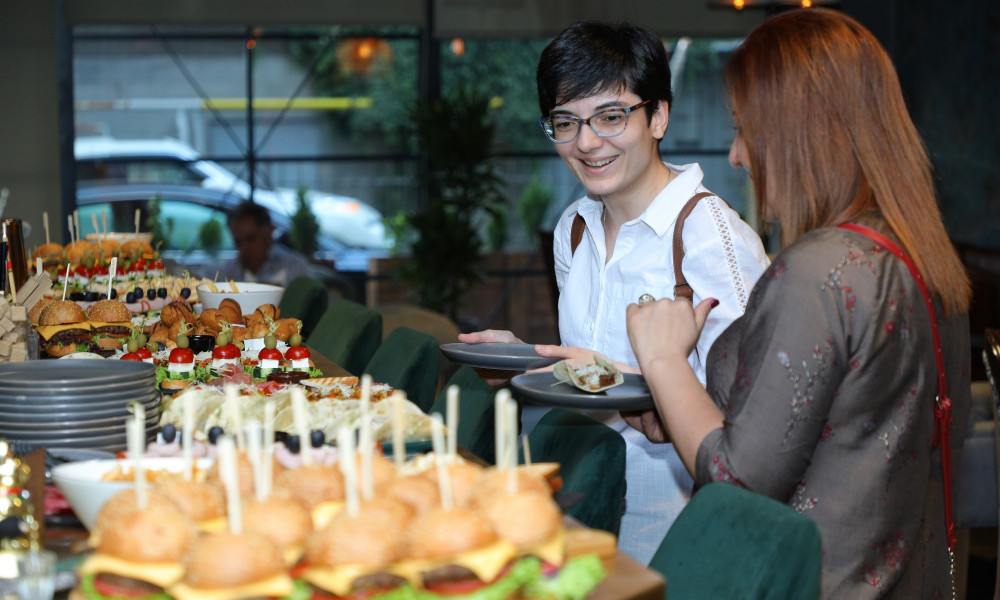