As part of the PoLitPEN events in Yerevan, on the evening of June 10, Artbridge bookstore-café hosted the Head of the EU Delegation to Armenia, Ambassador Andrea Wiktorin for an evening of literature and a reception, the special guests of which were the winners of the EU Prize for Literature, Aram Pachyan from Armenia and Iva Pezuashvili from Georgia.

The event was hosted by PEN Armenia President Armen Ohanyan, who was also the chairman of the national jury for the EUPL 2021.

In her welcome speech, Ambassador Wiktorin started with a warm personal message, “Everybody who knows me knows that I’m a teacher of literature, and what else could I do but to support literature?!” She noted the importance of this event, noting particularly, “In these difficult times we have to find something that gives us a positive feeling, food for thought and something that combines different cultures and enriches us. I’m very much promoting regional cooperation. When peace seems so far away, it is necessary to find some elements where we can work together in different fields.”

Seda Grigoryan, Head of the Armenia Desk at Creative Europe, also welcomed the guests and congratulated neighboring Georgia for this significant award. She presented the work being done by Creative Europe in Armenia and shared her positive memories from Armenia’s first involvement in the EUPL 2021 edition. The Armenia Desk presented all guests with a copy of the European Stories anthology, featuring the winning entries from 2021.

These brief welcome speeches were followed by readings from the winning novels in the trilingual format of the Burning Poet initiative, with the participation of the actual authors. Aram Pachyan read the final section of P/F, an impressive piece dedicated to the Getar River, after which Polia Sadovskaya, PEN America Program Director for Eurasia, read the same section in English (translated by Nazareth Seferian).

Iva Pezuashvili read out a powerful section from A garbage chute, the Armenian translation of which was then presented by Armen Ohanyan (the section was translated as part of this program and published on the website of Granish, introducing this author to Armenian readers for the first time; translator – Asya Darbinyan).

The guests were greatly impressed by the readings and this was followed by a reception that was a true celebration of art. This evening was symbolic in three ways. First, with the European Union’s support, we were once again at Artbridge a year later on the occasion of the EU Prize of Literature, hosted warmly by Shakeh Havan, a member of the national jury recommended by the European Booksellers Federation, in the same location where the previous years’ meetings and events had taken place. It was a reunion of sorts for the writers as well, because Aram Pachyan and Iva Pezuashvili had first made each other’s acquaintance in 2018 when they were participants at an international literary program in Iowa, where the oldest and most reputable writers’ residence in the US is located. This residence also hosted Armen Ohanyan in 2015. The International Writing Program (IWP) is a loyal and regular partner of PEN Armenia and ARI Literature Foundation, and we are grateful to Arevik Ashkharoyan for this strong and sustainable collaboration. After all, given the context of the war, crisis and many other difficulties, this was perhaps the first time that the excitement of an international literary festival was palpable in the very heart of Yerevan, on Abovyan Street, giving positive vibes and hope to even random passers-by.

Let us add that regional policy is one of the four main priority areas of PEN Armenia (see Annual Meeting 2022). It is worth noting that the European Union, which has mainly funded this program, is not just our supporter and a natural ally with shared values, but also an exemplary institution for the whole region when it comes to cultural integration and human rights protection for both Armenia and Georgia, despite the varying military and political alignments of these neighboring countries. 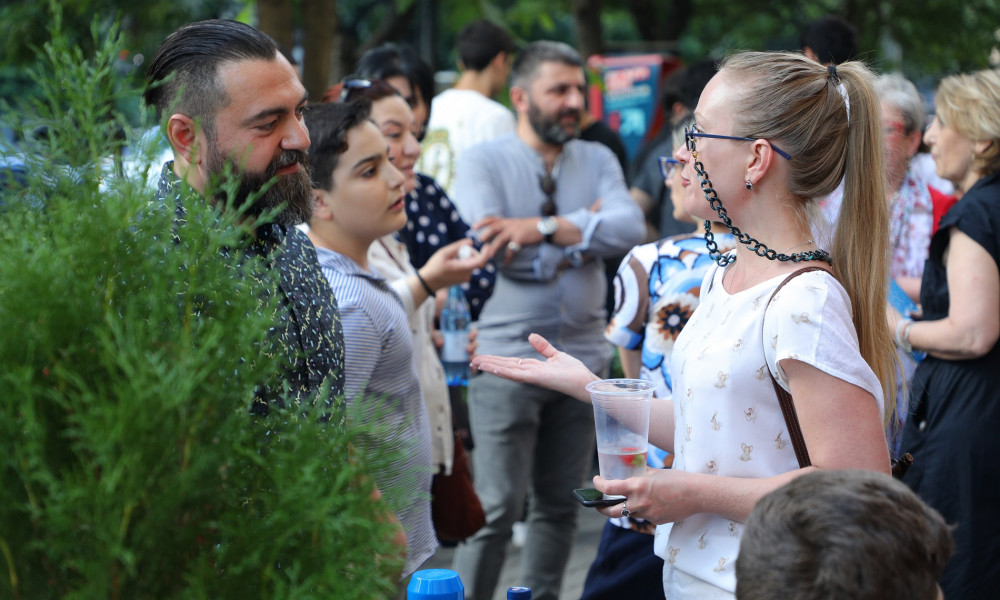 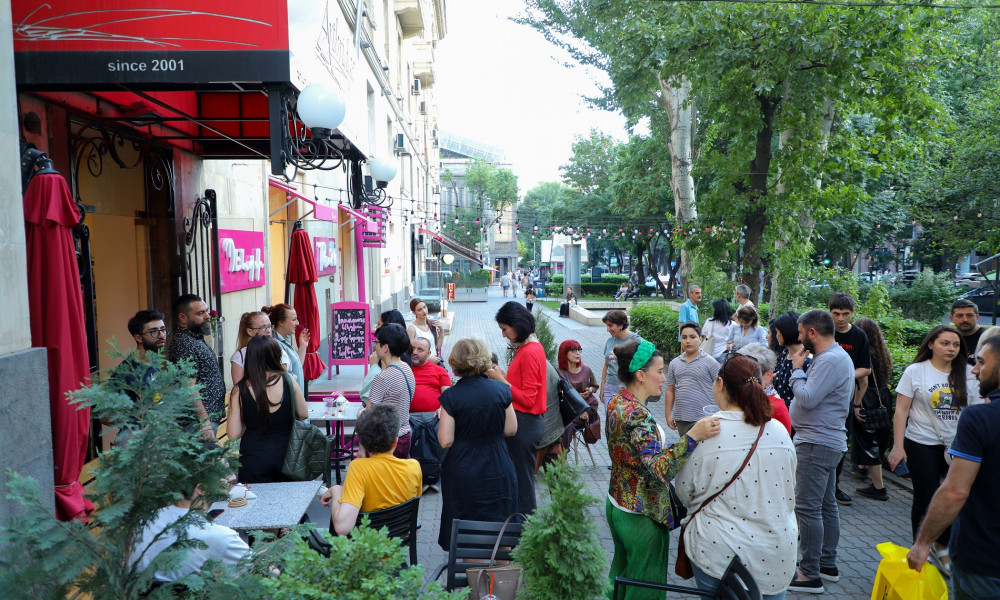 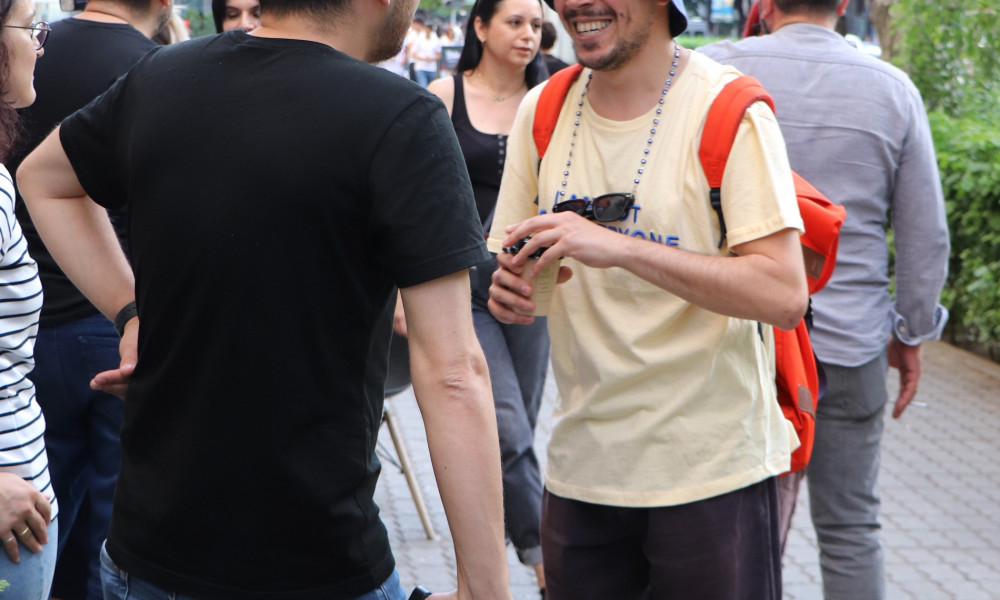 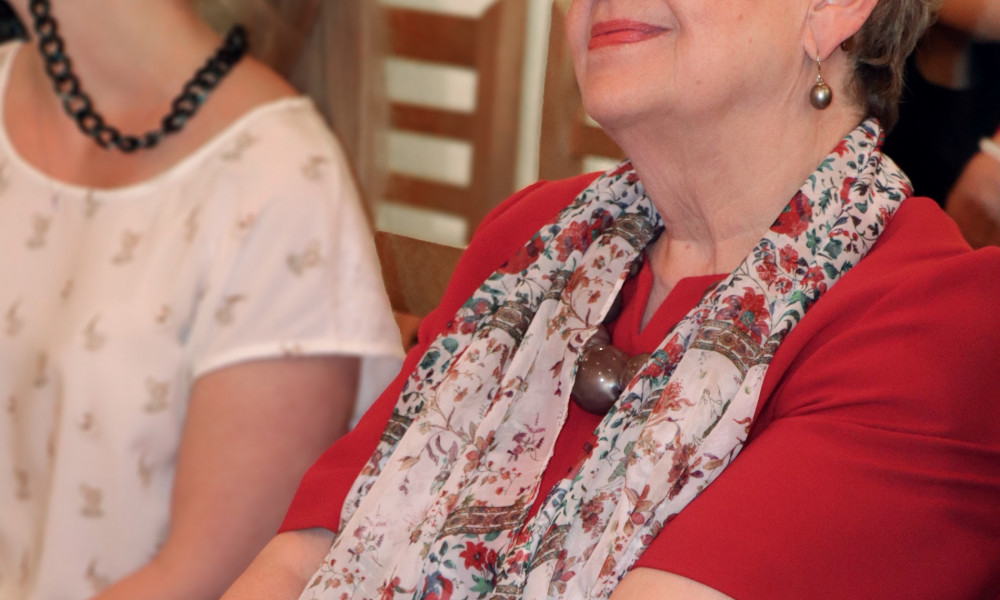 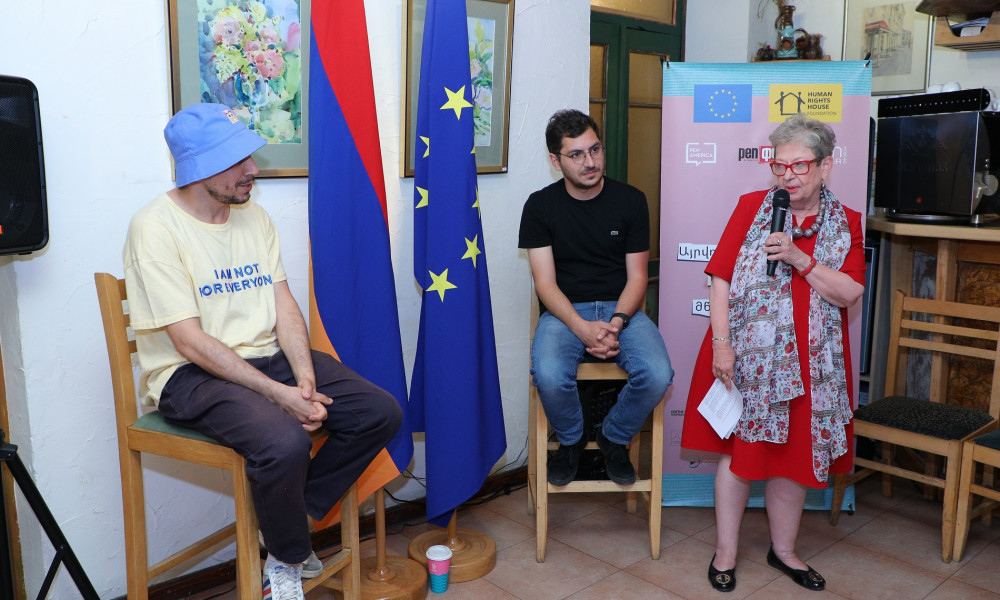 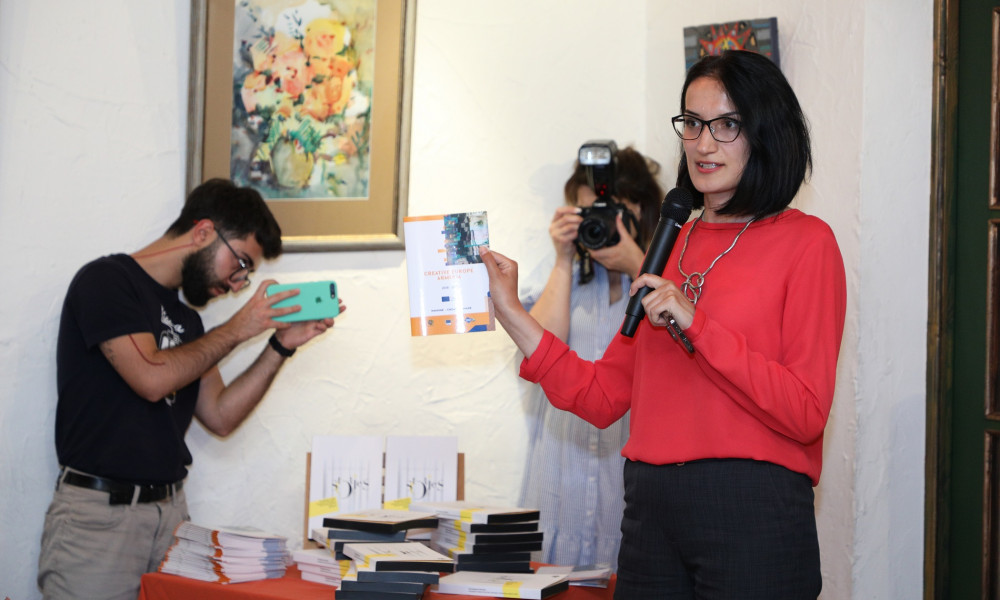 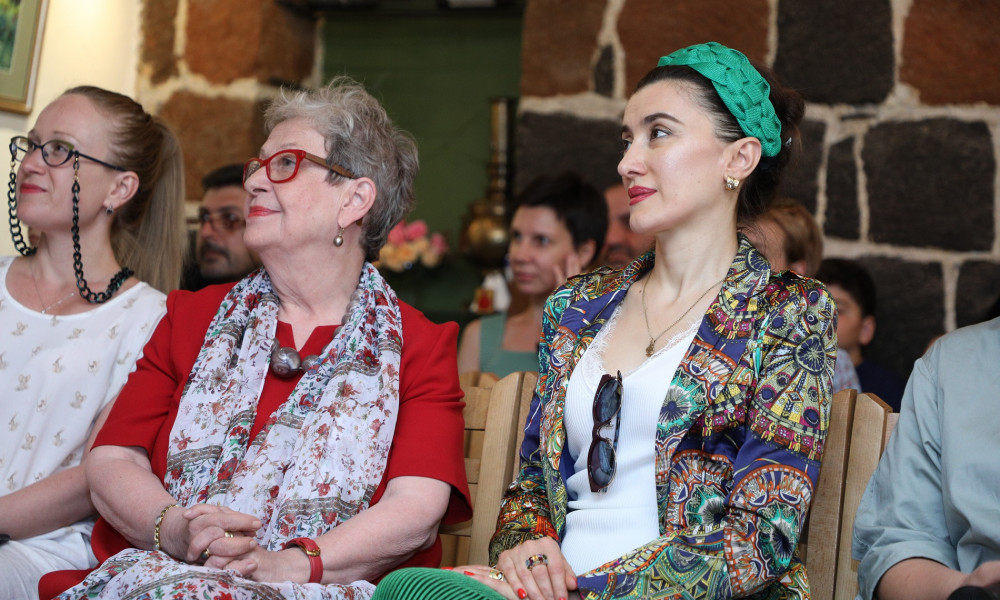 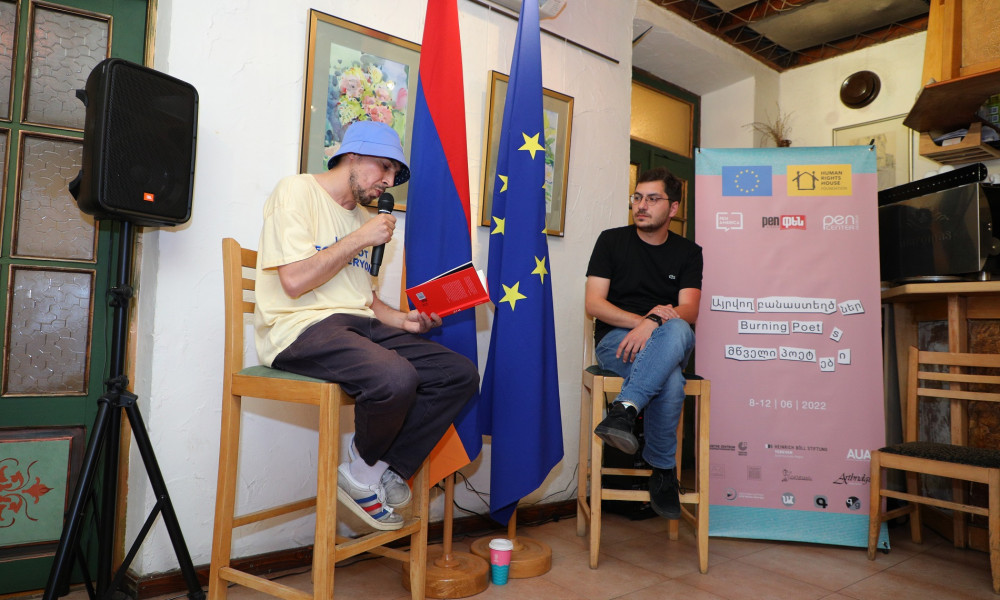 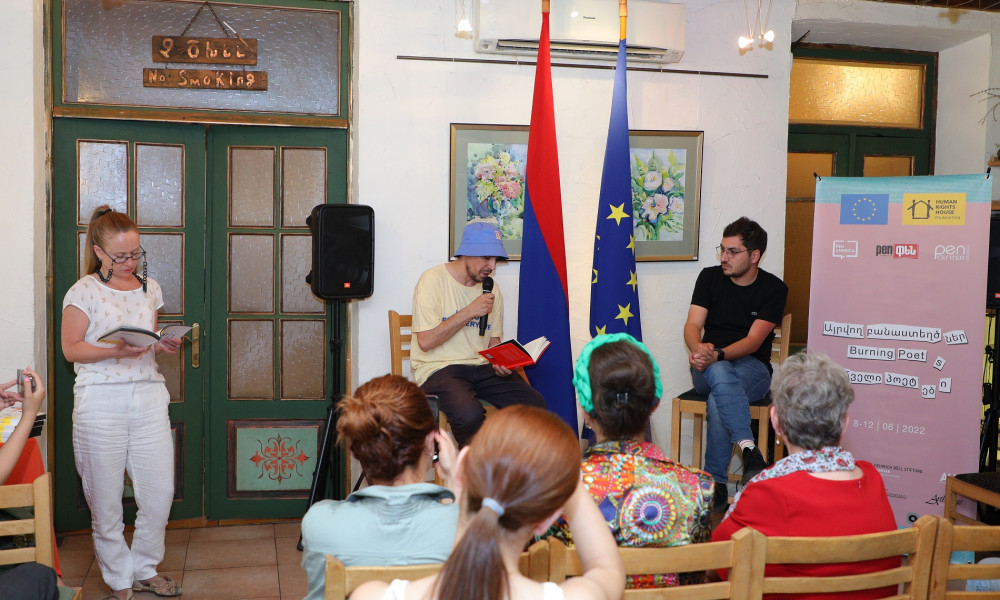 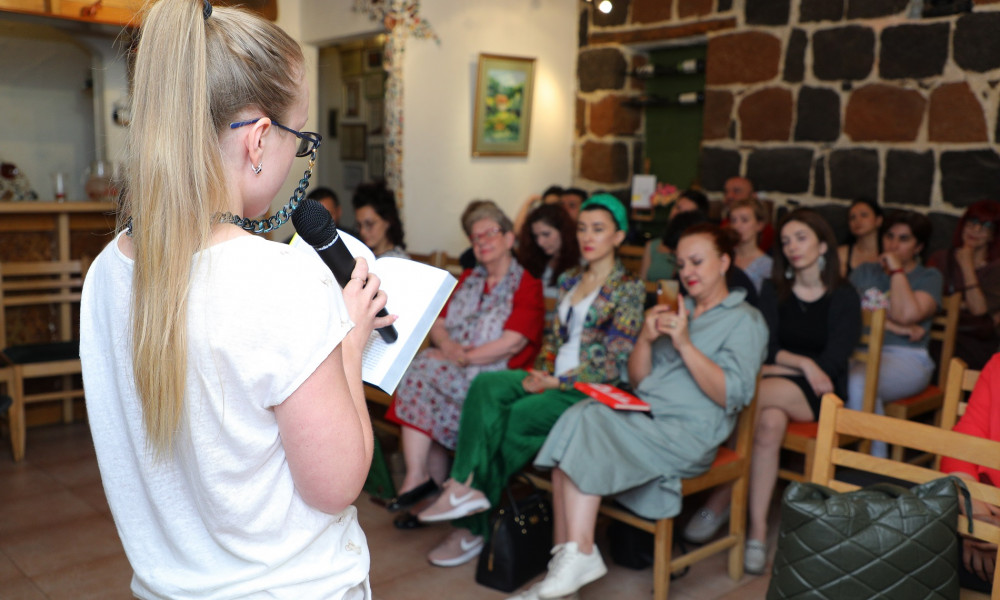 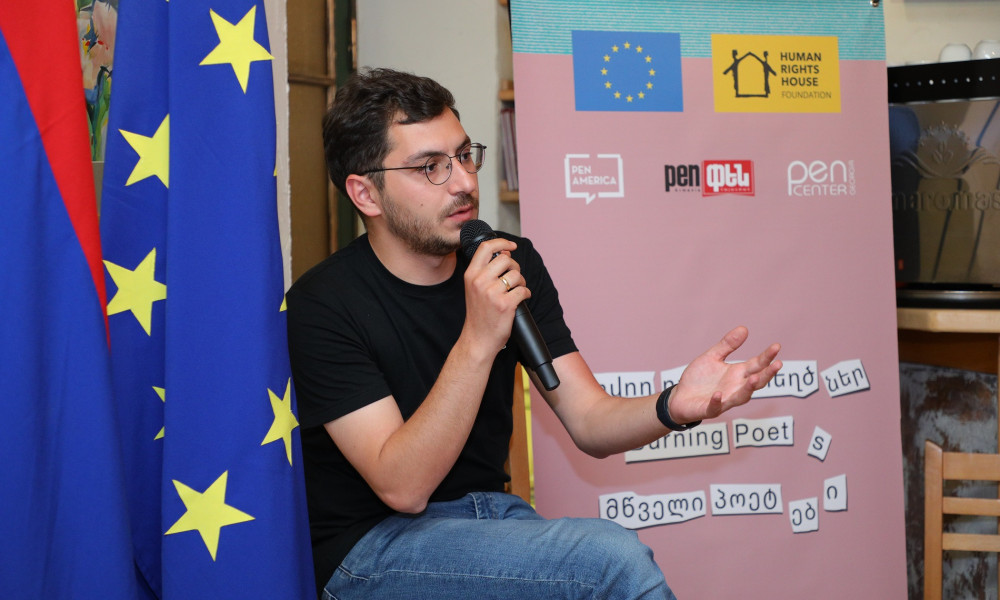 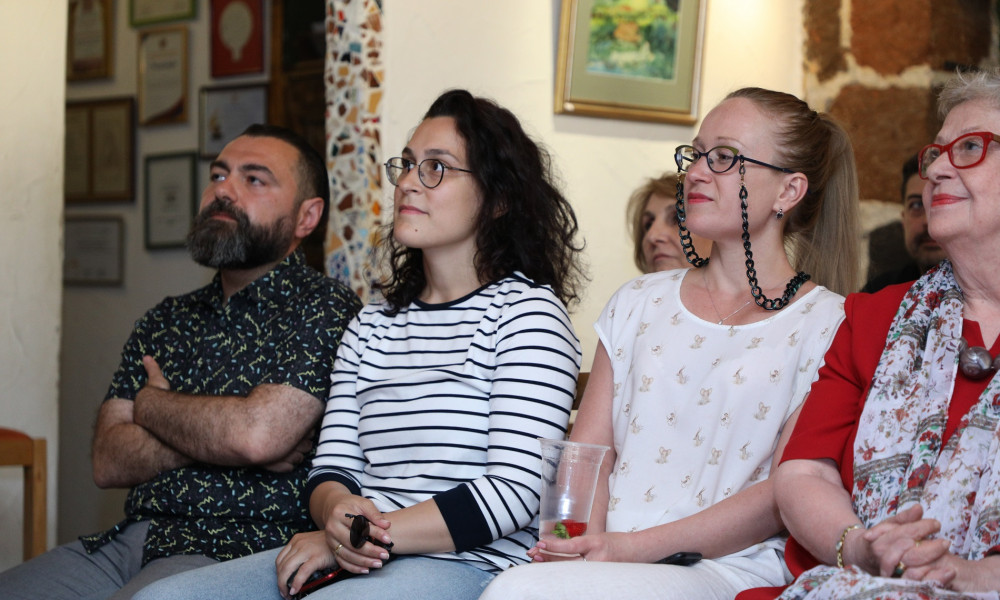 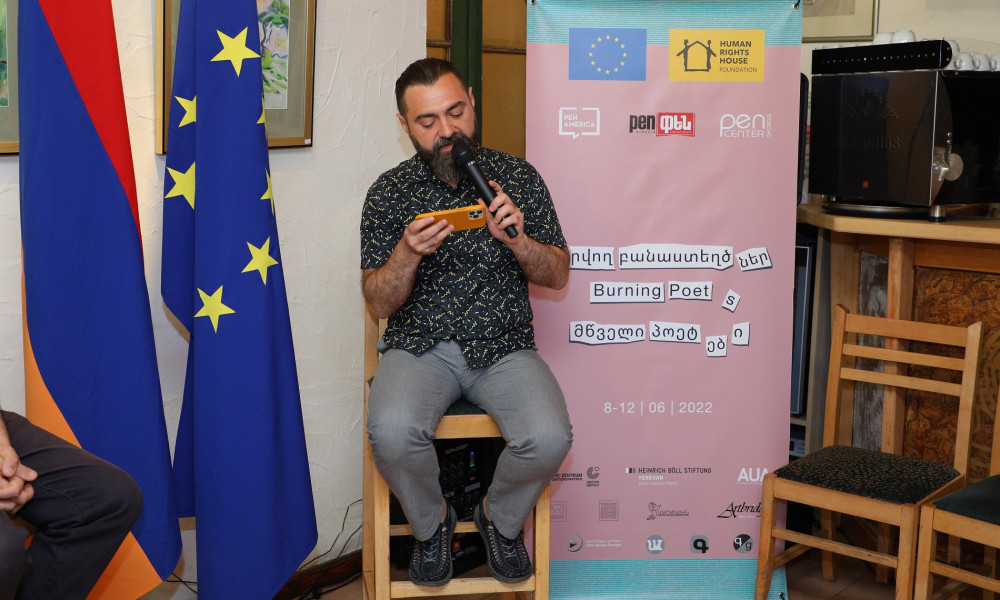 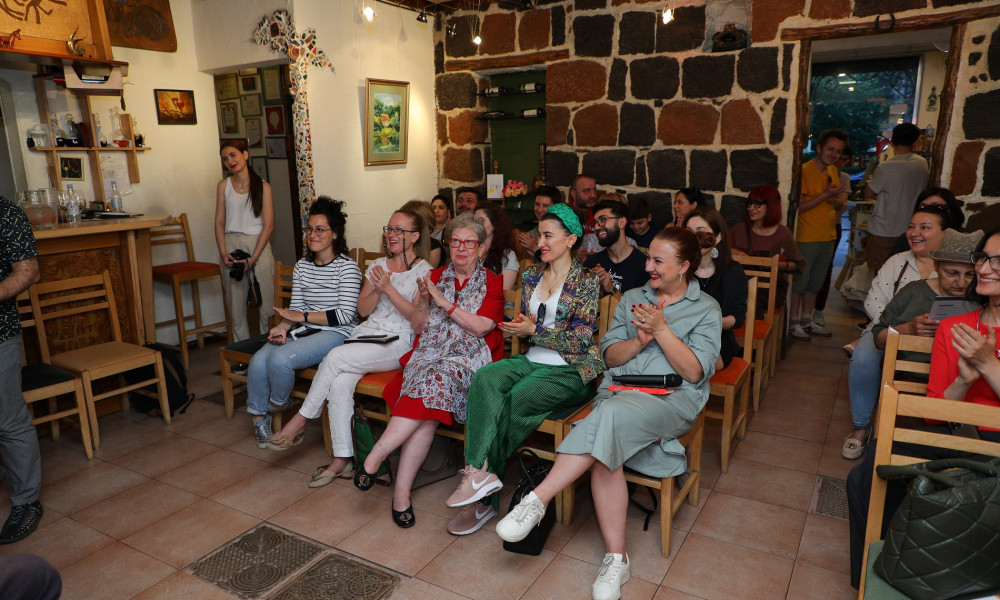 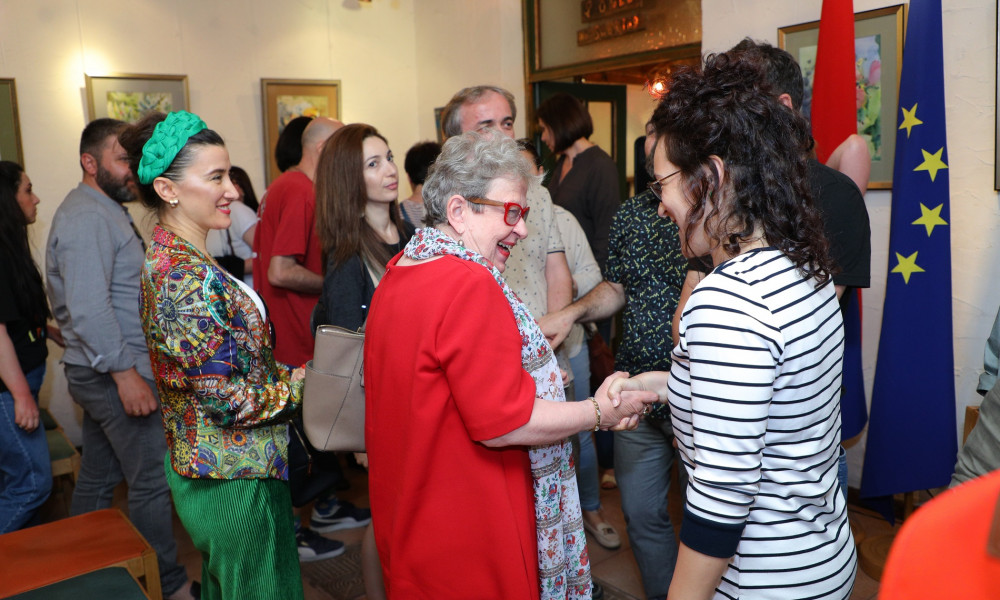 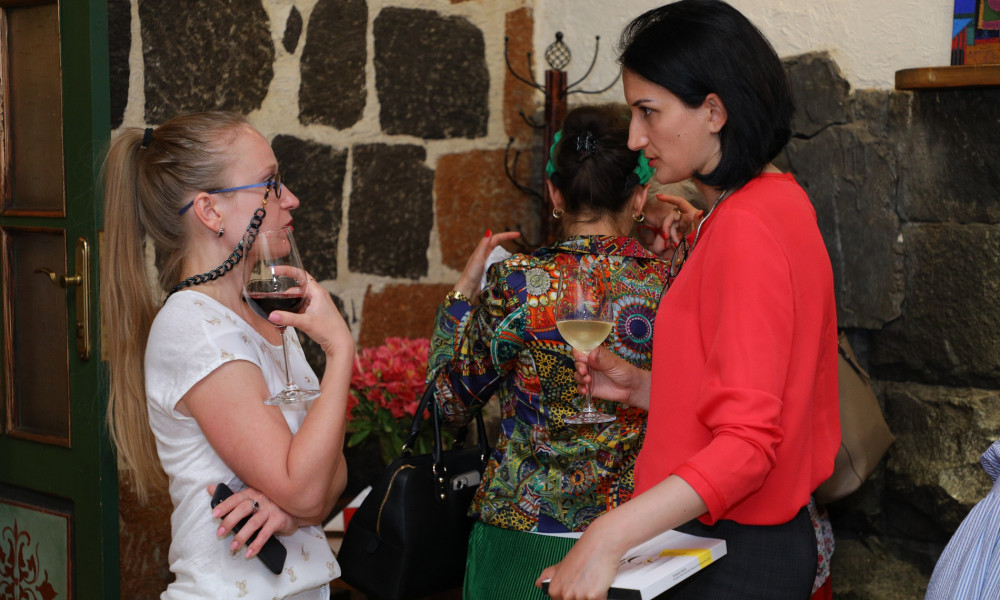 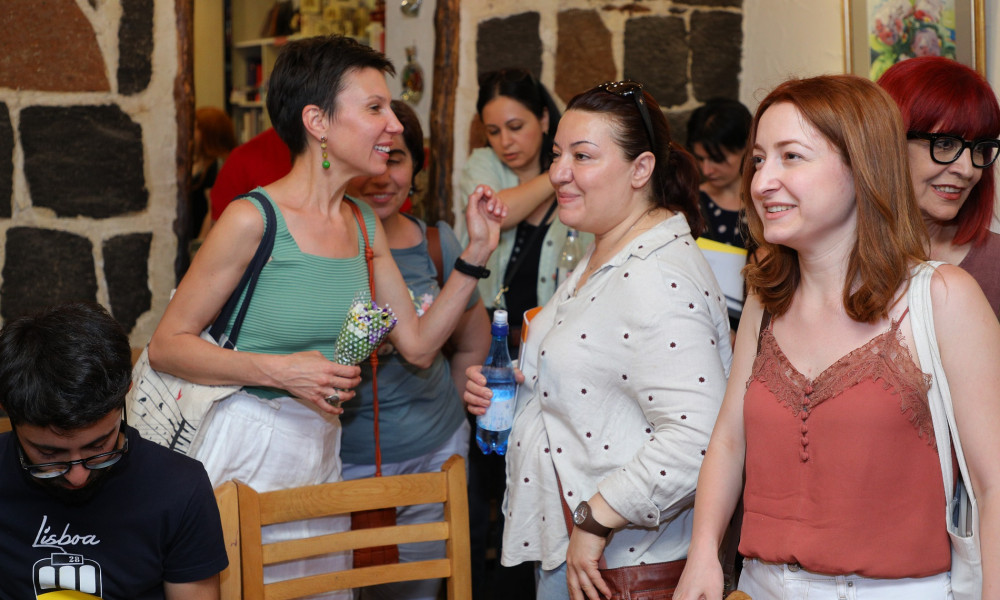 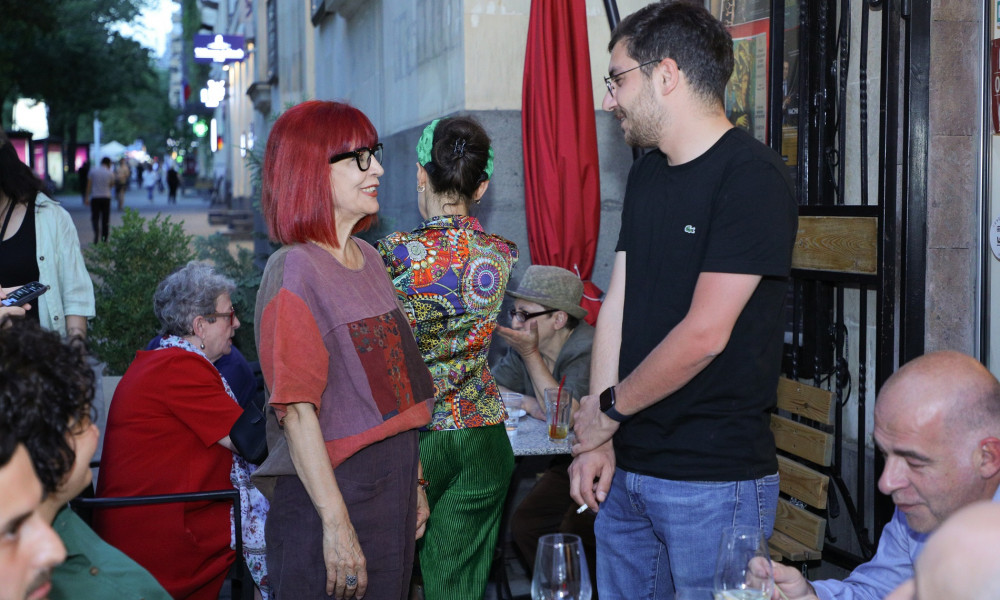 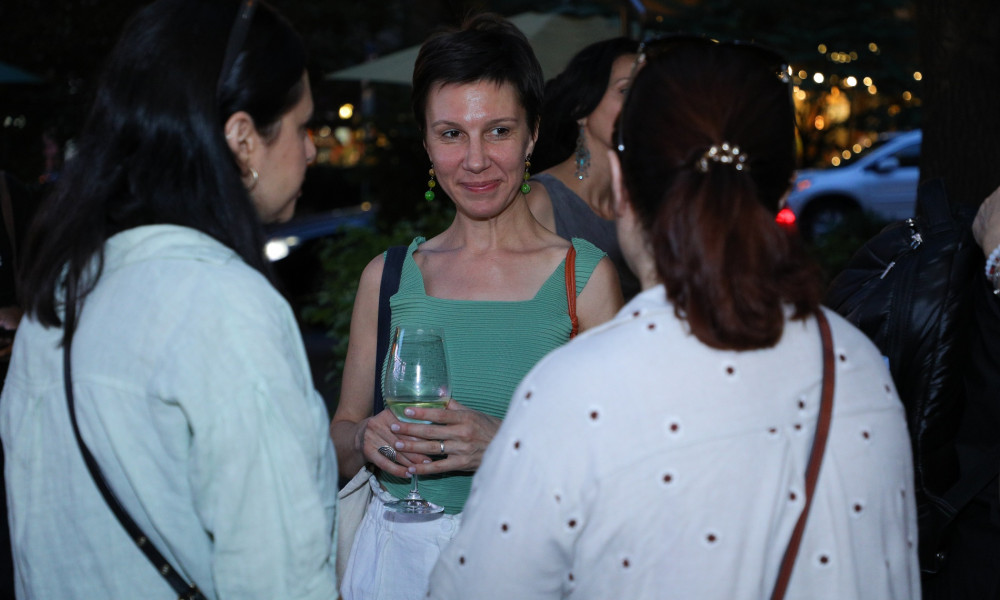 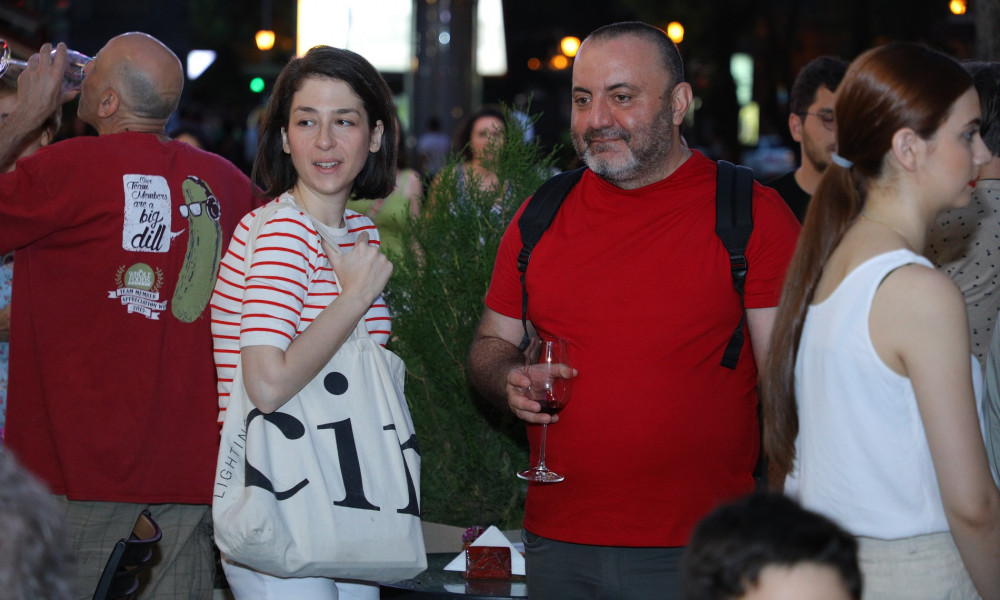