With the support of the UN in Armenia, a ground-breaking PEN meeting took place in Yerevan, on June 8, as a result of which several key committees were formed – Writers for Peace Committee, Translation & Linguistic Rights Committee, and Women Writers Committee.

The Annual Meeting saw the participation of thirty-six of fifty-two PEN Armenia members as well as invited guests such as Naira Sultanyan from the UN in Armenia, representatives of the Human Rights House Yerevan, and the Head of the Creative Europe Desk in Armenia.

The Meeting began with the traditional reading of the Charter. In the current post-war situation, attendees were once again asked to focus on the third article of the Charter, according to which, “Members of PEN should at all times use what influence they have in favour of good understanding and mutual respect between nations and people; they pledge themselves to do their utmost to dispel all hatreds and to champion the ideal of one humanity living in peace and equality in one world.” PEN Armenia’s President Armen Ohanyan then presented the mission of the PEN International Committees, their Manifestos and past achievements.

The local Committees were finalised with the following composition –

Karén Karslyan participated online from the USA and was elected President of the PEN Armenia Writers for Peace Committee.

Shushan Avagyan was elected the chair of the Committee.

All the women members of PEN Armenia joined the Women Writers Committee, the chair Lusine Kharatyan was elected online subsequently.

Naira Sultanyan gave a welcome address to the Assembly. She invited the attendees to the UN in Armenia and noted that the UN is a structure that welcomes everyone and its doors are naturally also open to literary circles, so it was happy to support such an important initiative. Armen Ohanyan gave a thank you speech, emphasising the decades-long history of close and productive collaboration between the UN and PEN International (PEN International is one of the non-governmental organisations with special status at the UN), which is also inspiring for PEN Armenia, and then expressed hope that this collaboration would continue on a regular basis.

During the event, a presentation was made on the ongoing grant programme being implemented by the organisation in the framework of  COVID-19: Civil Society Resilience and Sustainability project, as a result of which the website penarmenia.org was launched. The attendees were presented with the current progress of the programme and received information on other planned activities.

Varser Karapetyan presented the activities of Human Rights House Yerevan and welcomed PEN as a member of the organisation. She stated that both journalists and writers could be certain that HRH Yerevan would be ready when required to provide them with legal counsel, psychological and other support to protect their rights.

A brief presentation was made about the case of experienced journalist Taguhi Hakobyan, who left the newspaper Hraparak for political reasons and was currently unemployed. Although she had received support from PEN Armenia as part of the programme mentioned above, she did not yet have permanent employment. She is the content manager for the PEN Facebook page as well as the “Post War Query” series of brief interviews of the website.

During the discussion on the Writers for Peace Committee, Armen Ohanyan read the statement issued by PEN International WfP Committee on Nagorno Karabakh/Artsakh war, the final paragraph of which called on writers in the Caucasus region to “come together in solidarity, to celebrate their writing with each other and to help heal the pain of their communities.” A discussion ensued on the response to this statement. Azerbaijan does not have a PEN centre or any literary organisation that was ready to respond to this statement, which reduced the chances of a joint response, although there are individual writers and intellectuals such as  Akram Aylisli that would be bold enough to advocate for reconciliation with the Armenians. On the other hand, a dialogue has already started with the PEN Georgia and there are plans to implement joint programmes in the near future, which can also include other writers from the Caucasus region. Other possible formats were discussed for regional initiatives which would simultaneously involve all four of Armenia’s neighbours – Georgia, Turkey, Iran, and Azerbaijan. Cultural figures could be the first to propose such a regional format, especially poets and writers.

Prose writer Gevorg Ter-Gabrielyan emphasised the importance of the work that lay ahead for the newly-created Writers for Peace Committee and added as Chief Executive Officer of the Eurasia Partnership Foundation that they had consistently worked to implement regional peacebuilding programmes, most of which involved cultural actors, including writers and literary figures. He also issued a call for collaboration, inviting the newly-created committees to the EPF office where the organisation could share its experience in these issues.

Arkmenik Nikoghosyan spoke about Armenia-Turkey literary dialogue and presented the issues in the Armenian market related to the translation of Turkish literature.

Anahid Aramouni Keshisian raised the issue of restoring the forgotten or neglected pages of Armenian literature, the need to claim ownership of the entirety of Armenian literary heritage. Issues related to the politics of memory were discussed.

Vigen Galstyan expressed the opinion that there was an absence of discourse on literature, stating that “there are some prominent writers, but no literary discourse.” Marine Petrossian responded by says that such discourse existed in the past thanks in particular to her generation, and that the absence of such a discourse now was an example of the failures of the new generation.

Vahram Martirosyan mentioned the experience of the literary-peacebuilding programmes he had initiated and issued a call for such dialogue to continue both between generations as well as with neighbouring countries.

During the Assembly, several members were assigned the responsibility of developing relations with other PEN centres, such as

After the discussion of the issues on the agenda, the attendees ended the evening in a friendly setting, to praise the thirtieth anniversary of the establishment of PEN Armenia. 2021 also marks a special occasion for PEN International, which is celebrating the centenary of its founding. 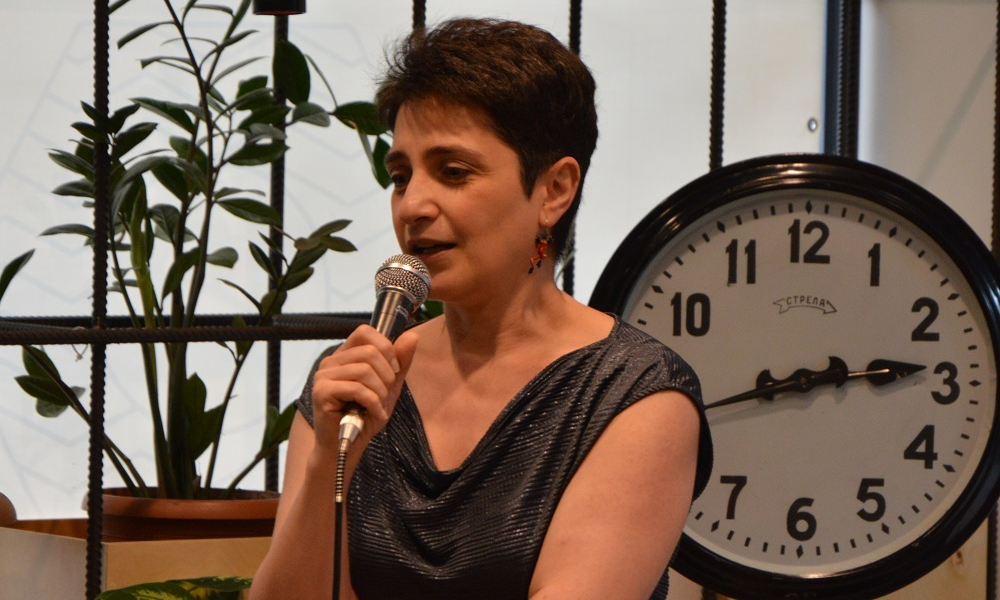 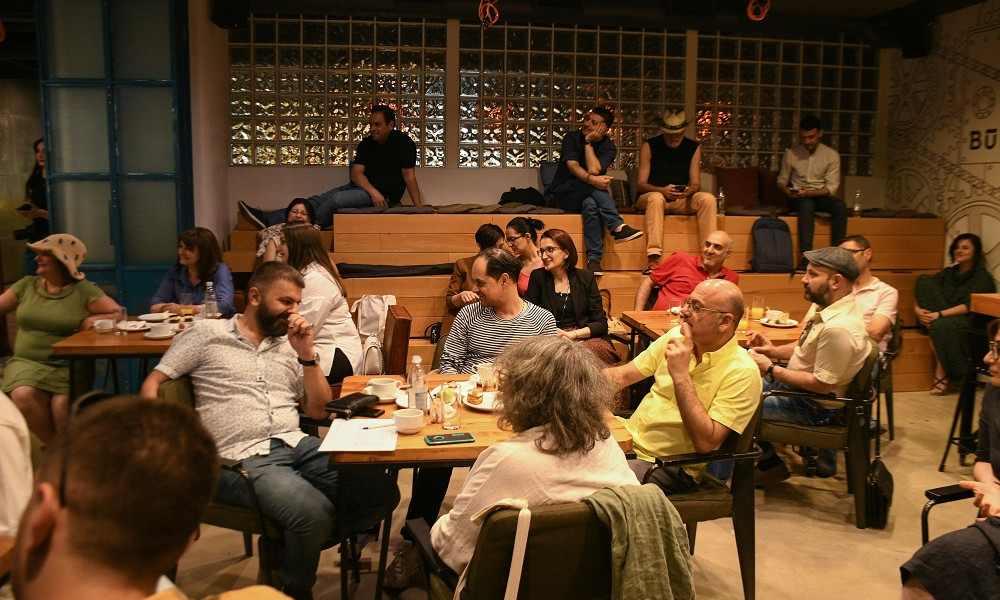 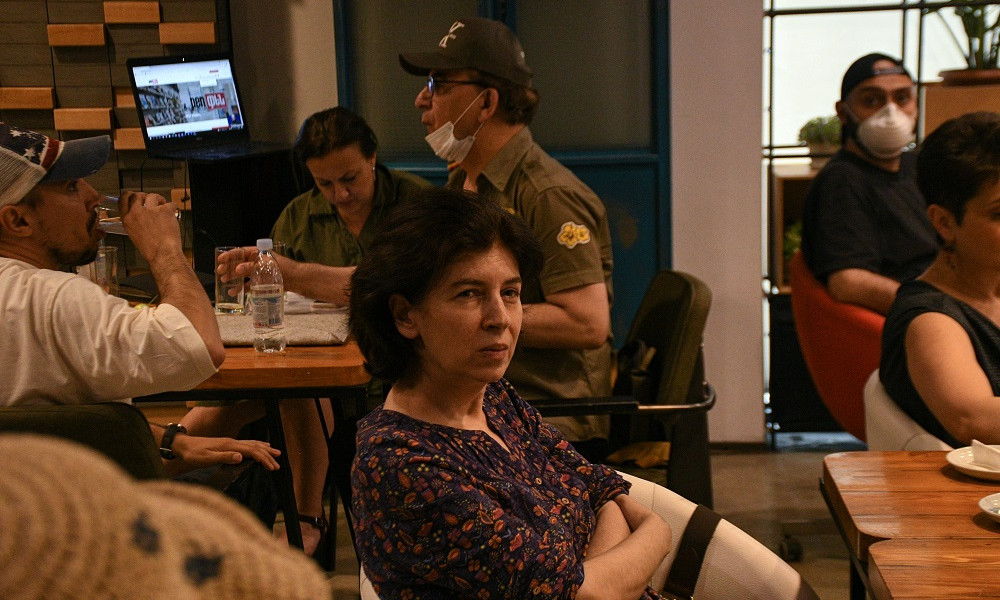 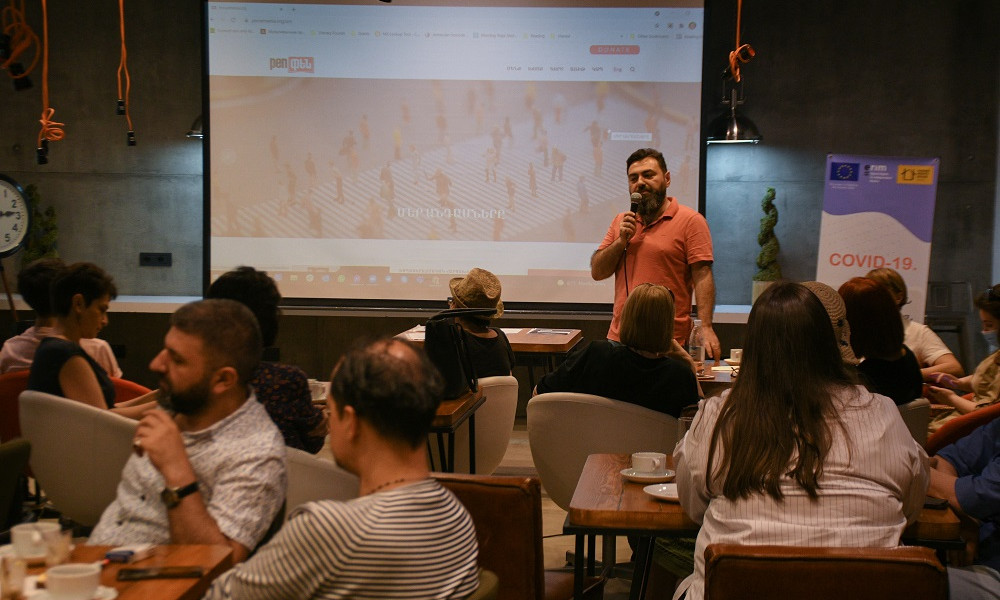 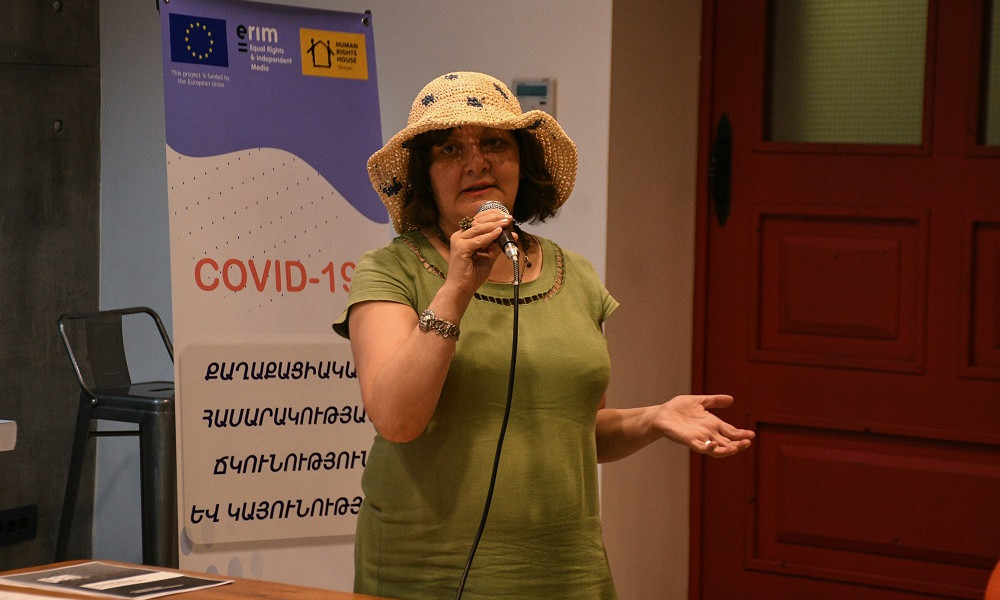 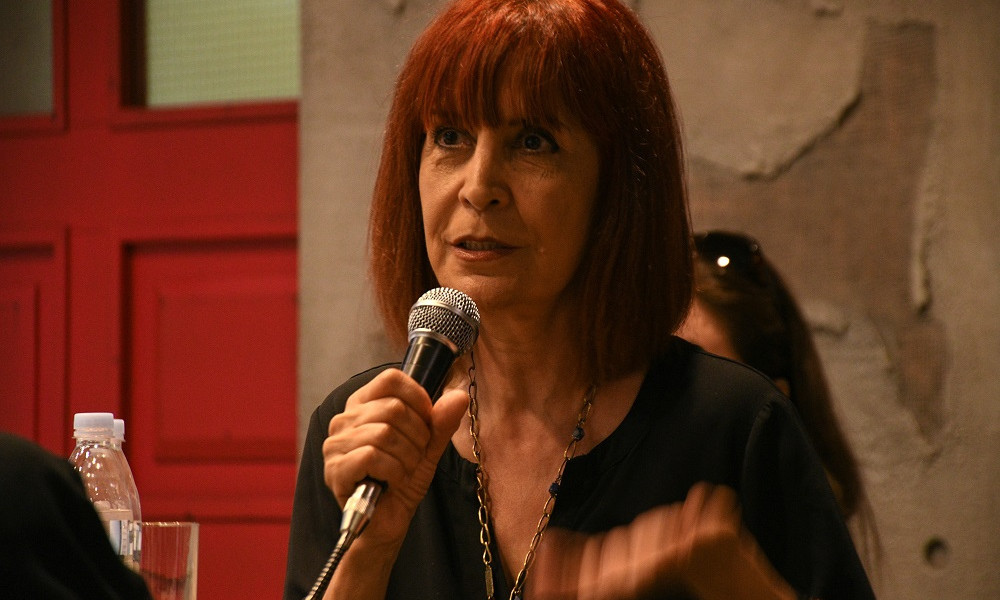 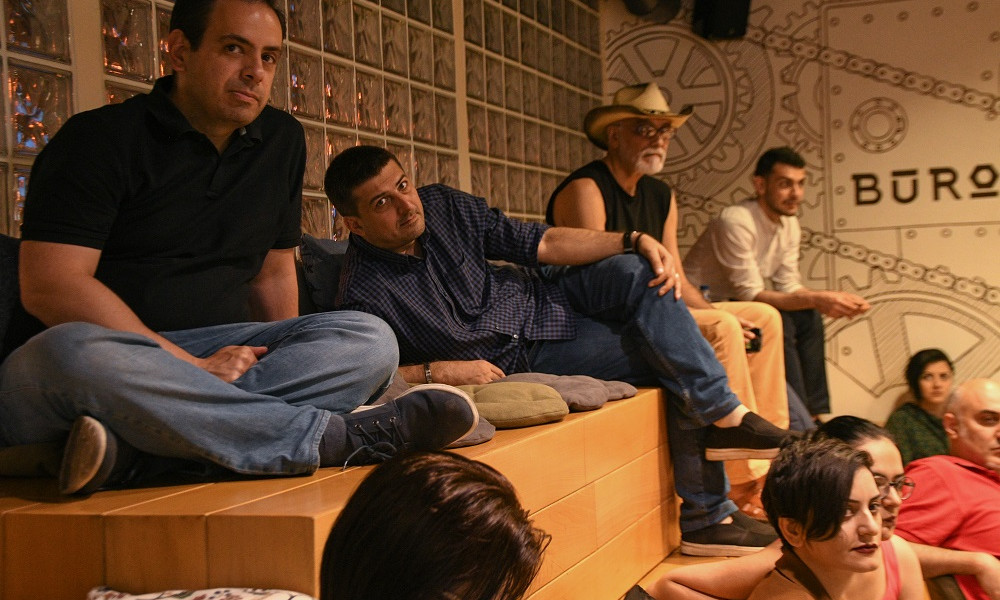 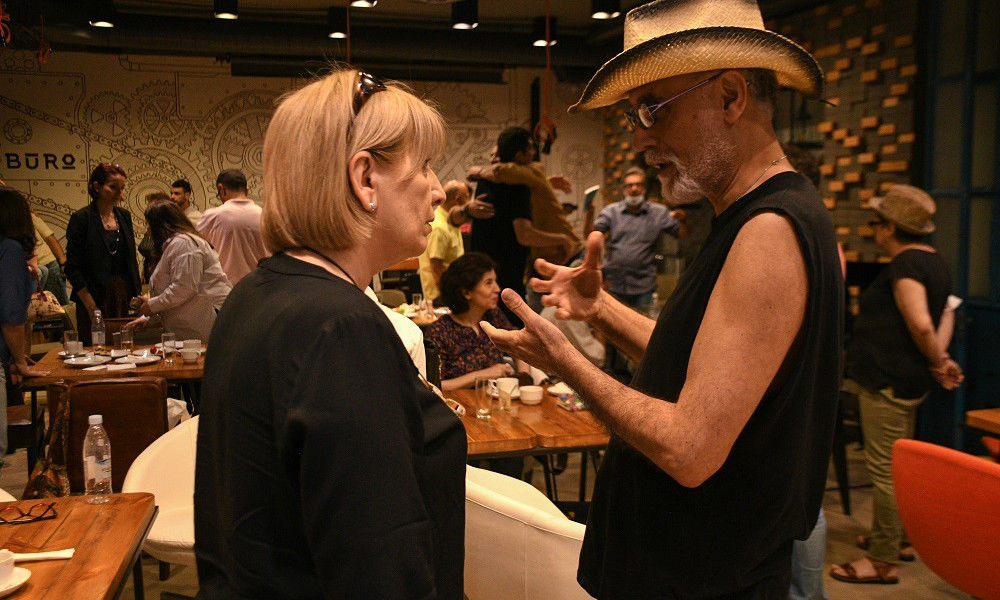 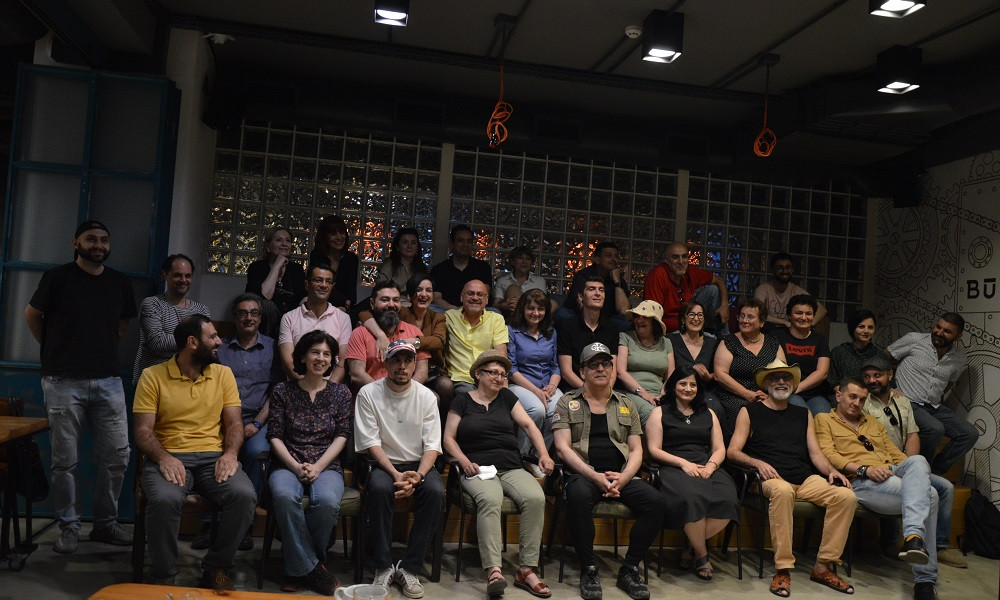