With the support of the UN in Armenia, a milestone meeting of PEN Armenia’s Writers for Peace Committee took place on February 25, 2022, as a result of which the priorities of the Committee and objectives in the current post/war situation became clear, and an action plan was developed.

The meeting took place at the hospitable venue of Machanents House and was attended by eight of the ten members of the Writers for Peace Committee as well as several invited guests – Naira Sultanyan and Davit Aghabekyan from the UN Armenia office; Maria Karapetyan, Member of National Assembly of the Republic of Armenia, Standing Committee on Foreign Relations; Polina Sadovskaya, Eurasia Program Director at PEN America; Arevik Ashkharoyan, PEN Armenia Secretary; Hasmik Arevyan, PEN Armenia volunteer. It was a pleasant surprise to also have Father Nerses Harutyunyan as a guest during discussions in the first half of the day.

The meeting commenced with opening words by Committee President Karén Karslyan, who joined the meeting online from Chicago. Karén Karslyan mentioned the ongoing war in Ukraine, emphasized the need to have rapid response mechanisms, prioritized the idea for support from PEN Armenia to the international anti-war movement, and then authorized Armen Ohanyan to run the meeting based on the planned agenda. Armen Ohanyan, in turn, presented the guests with Karén Karslyan’s book Aterazma, which is a unique example of anti-war literature given its format and innovative approach.

During the first half of the day, Committee member Aghasi Tadevosyan exclusively presented the results of his post-war anthropological study, which was conducted with the support of the Eurasia Partnership Foundation. The study was based on 60 in-depth interviews (45 of the interviewees were direct participants in the war while the remaining 15 people consisted of victims/displaced citizens) and had produced around 100 pages of analytic text. The result of the studies will be published in the near future, which is why we are not presenting any details here. However, it should be noted that there was a hopeful message in that the young people that had been through the fire of war had managed to give new meaning to their lives and showed a tendency to reconsider the possibility of solving problems through war․They are determined to get quality education, be free from propaganda and revisit the taboo topics.

The conversation that followed focused on the main topic of Armenia-Azerbaijan peacebuilding dialogue. Given the fact that the writers that may share such viewpoints on the Azerbaijani side have either been exiled or deprived of any means to influence the general public—such as Akram Aylisli, who is still effectively living in conditions of house arrest and whose violated rights have not been restored—the Committee decided to relaunch the severed dialogue between writers without an institutional basis for now, but rather at the level of intensive individual conversations. Although Azerbaijan does not have a PEN center, Polina Sadovskaya suggested supporting like-minded people from Azerbaijan in order to give writers who share the Charter’s ideals the chance to make their voice heard (as a reminder, the PEN centers in Iran and Belarus operate in exile; creating such a center is common practice).

Other issues discussed included participation in the upcoming Writers for Peace meeting as well as the expansion of the Committee in Armenia and its promotion abroad.

Although this is a difficult moment both in the region and the world in general, the meeting participants shared the opinion that conflict resolution skills benefit societies across the world. Dealing with conflict, reconciling emotions and preventing violence are valuable practices for any society. The participants agreed that these skills can be trained. During the second half of the day, the group worked on the draft concept of the  Word by Word, Step by Step project (title subject to change).

Based on the initial concept, Word by Word, Step by Step will be a series of illustrated books for children and adolescents that will facilitate the public perception among the new generation of how to “solve problems.” It will encourage sensitive language and teach conflict resolution (from interpersonal to international conflict), which will be complemented with methodological guidebooks, manuals, and exercises.

A decision was taken to organize a round table discussion in the near future and form a working group that would include writers, illustrators, conflict specialists, education experts, educators, age-specialized psychologists, anthropologists, and other relevant professionals.

At the end of the meeting, the PEN members and invited partners reconfirmed their consistent readiness to work together and prioritized the visibility and activities of the Armenian Writers for Peace Committee. 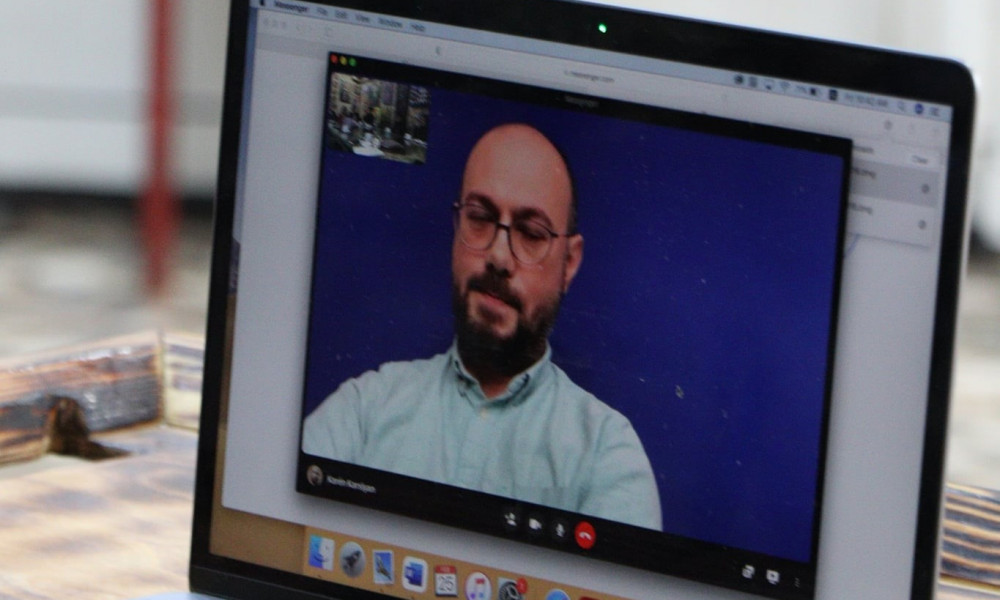 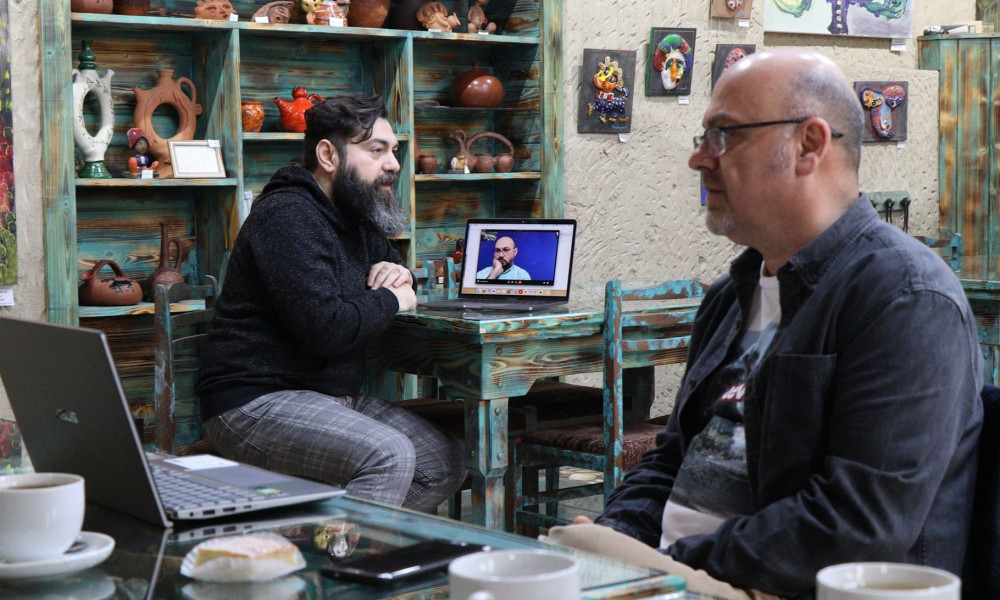 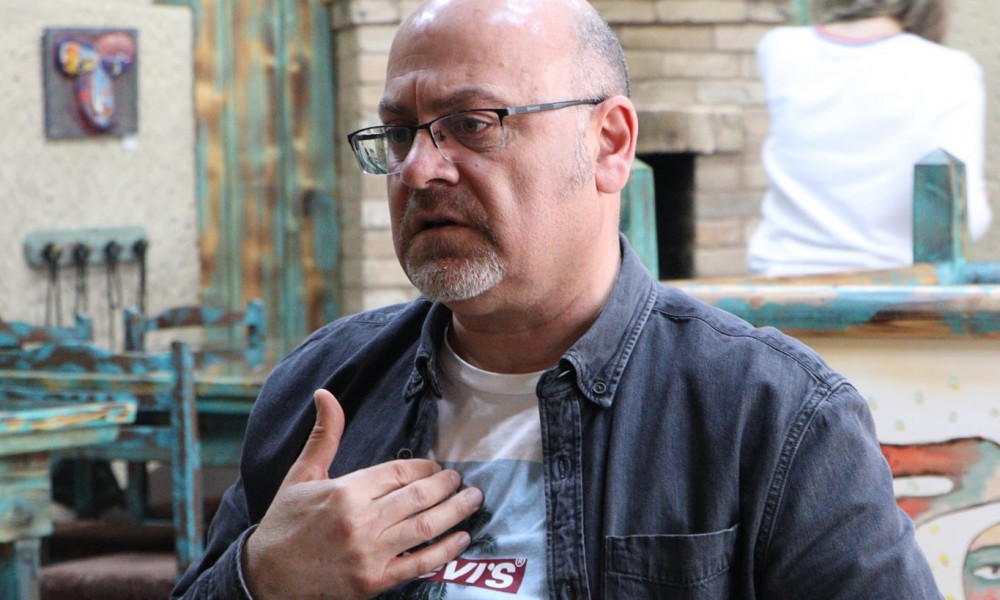 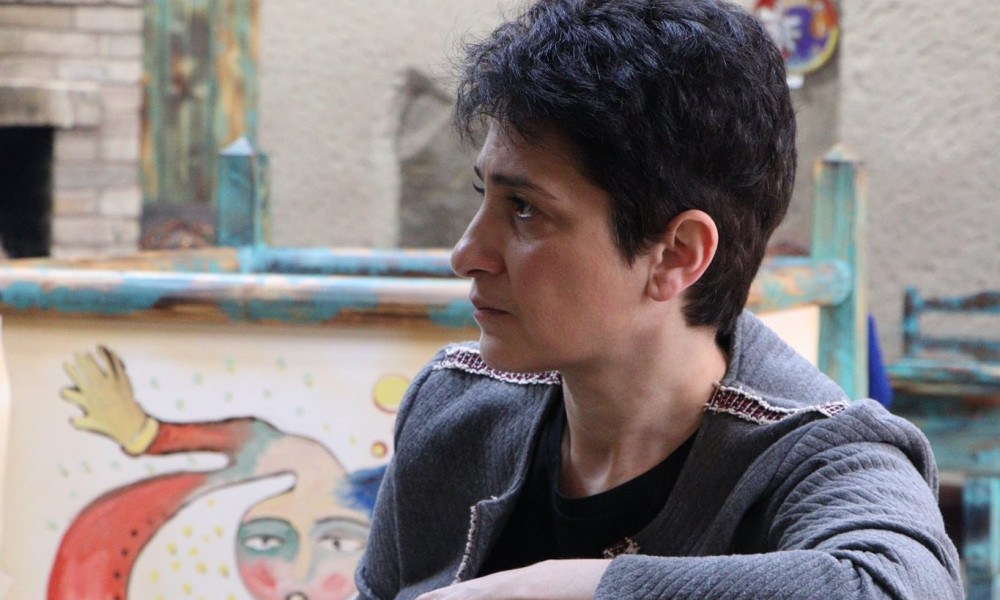 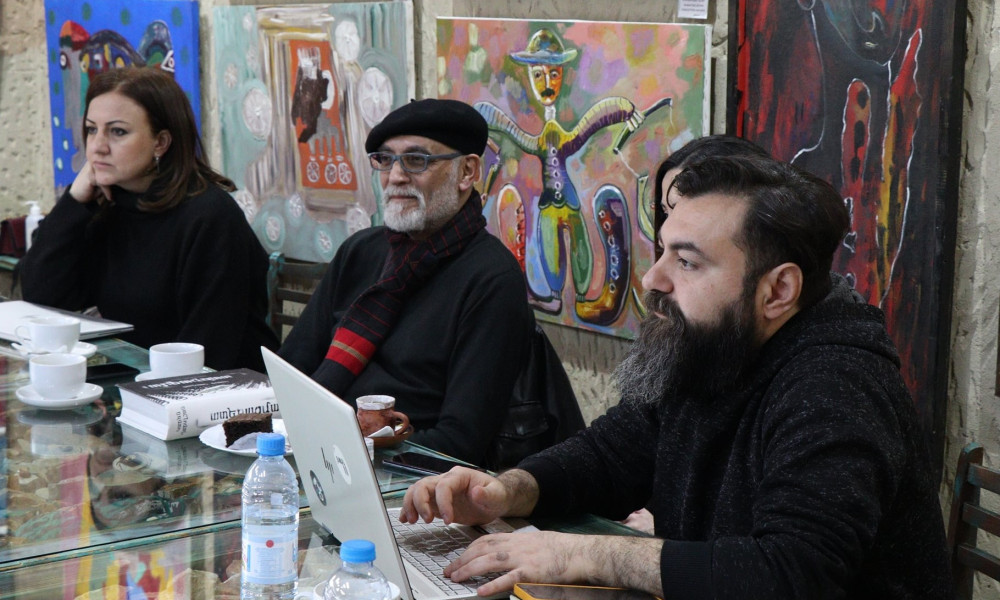 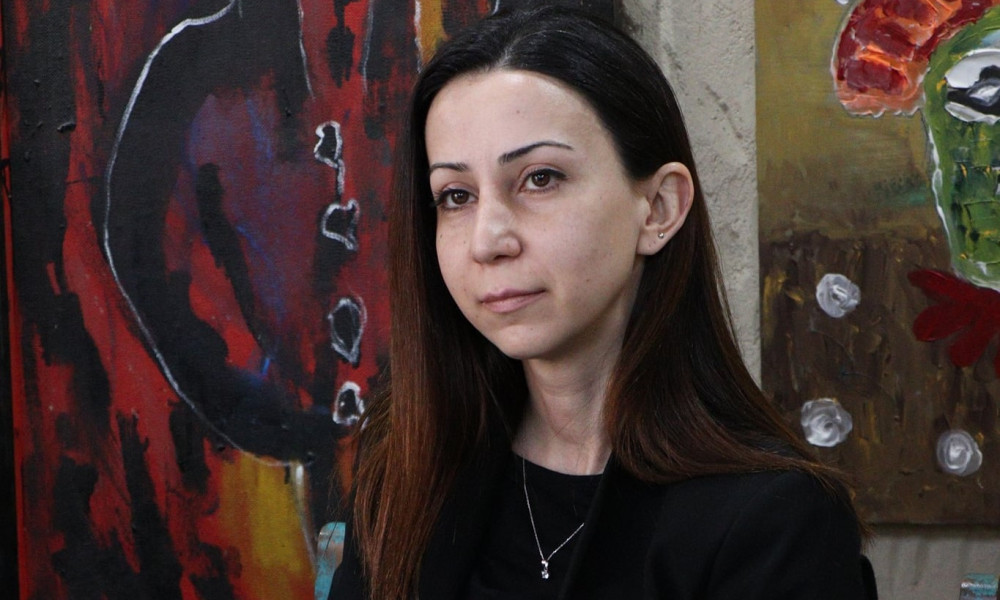 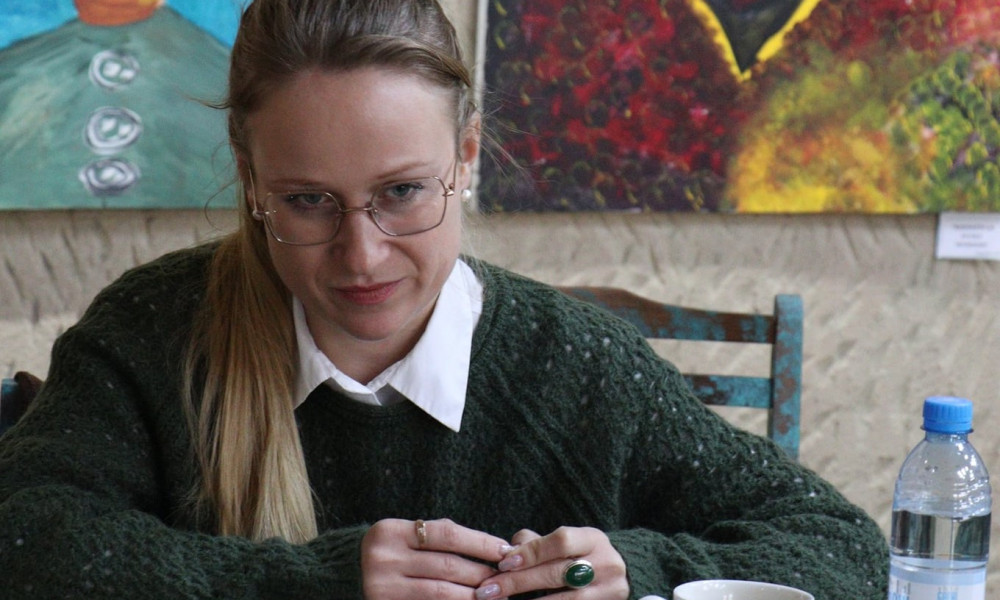 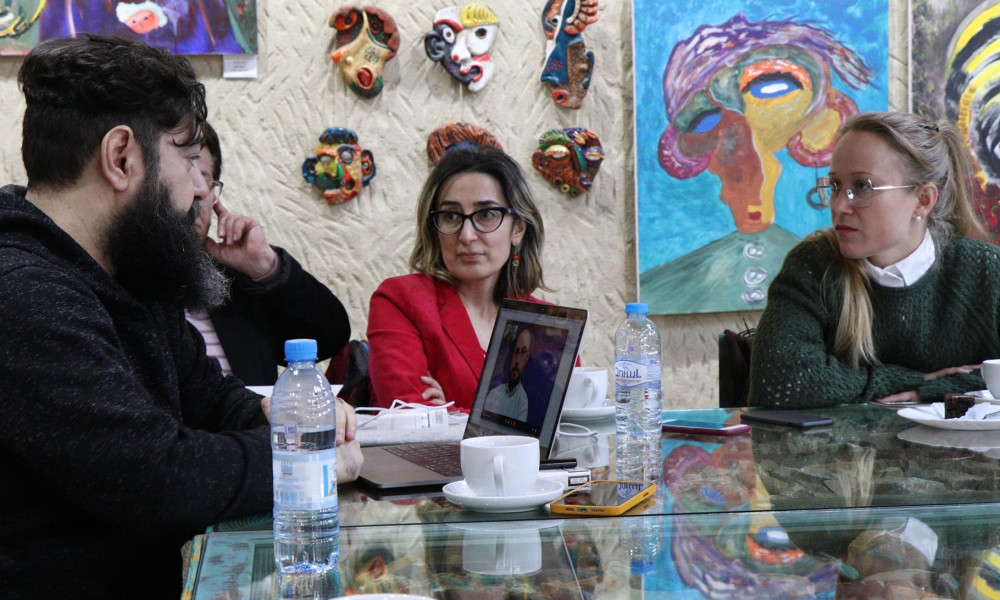 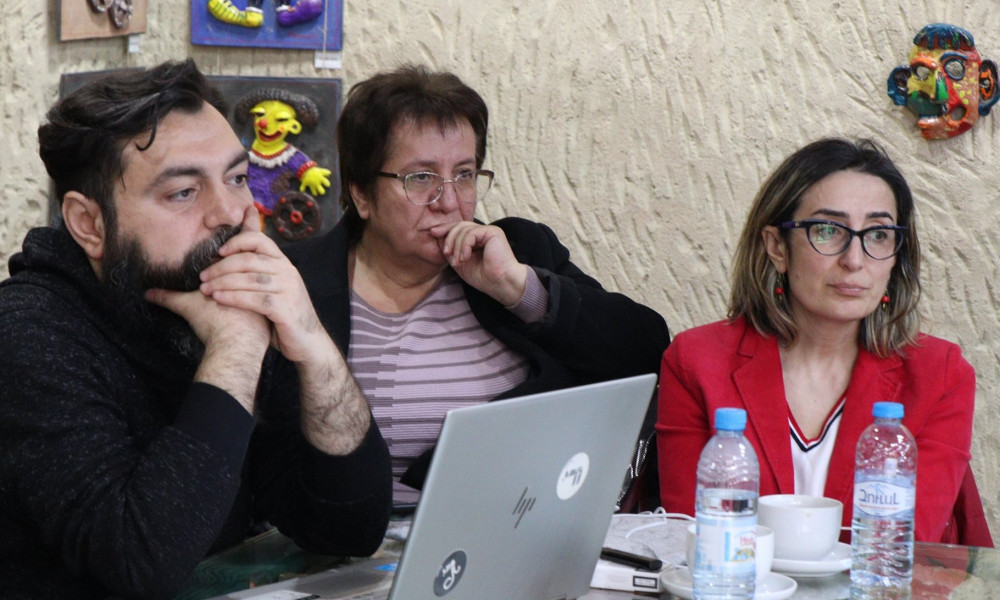 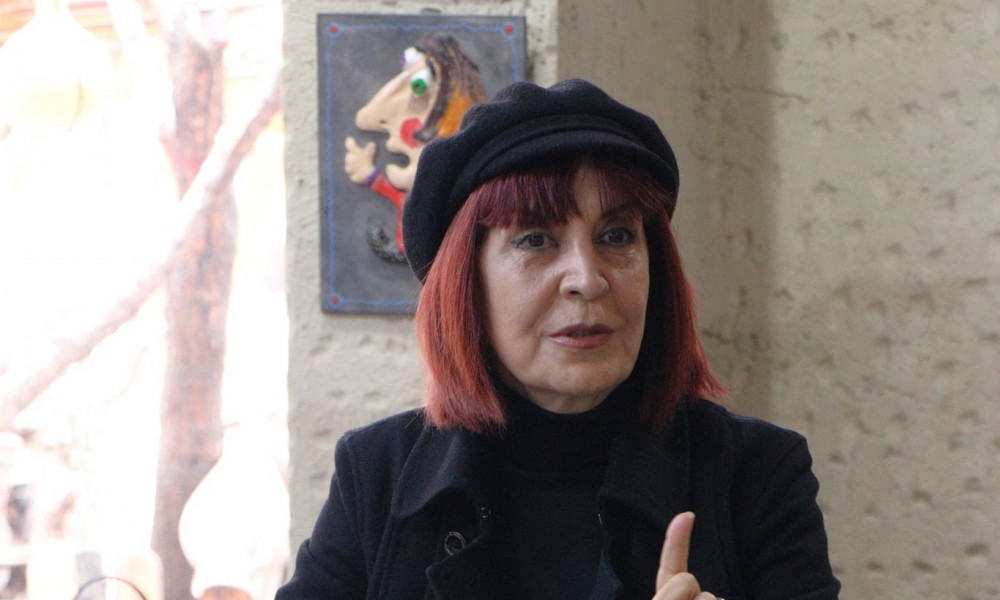 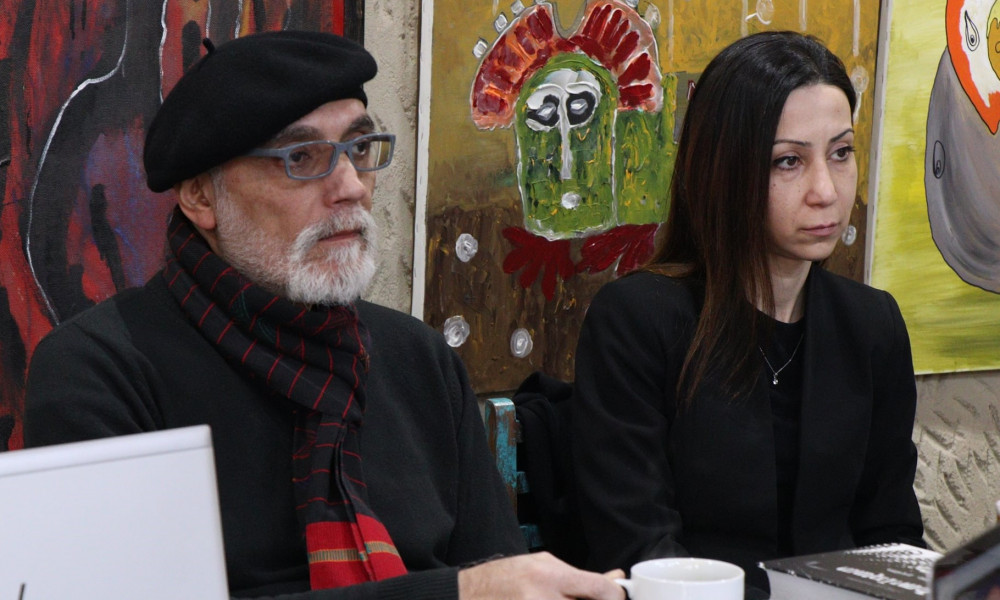 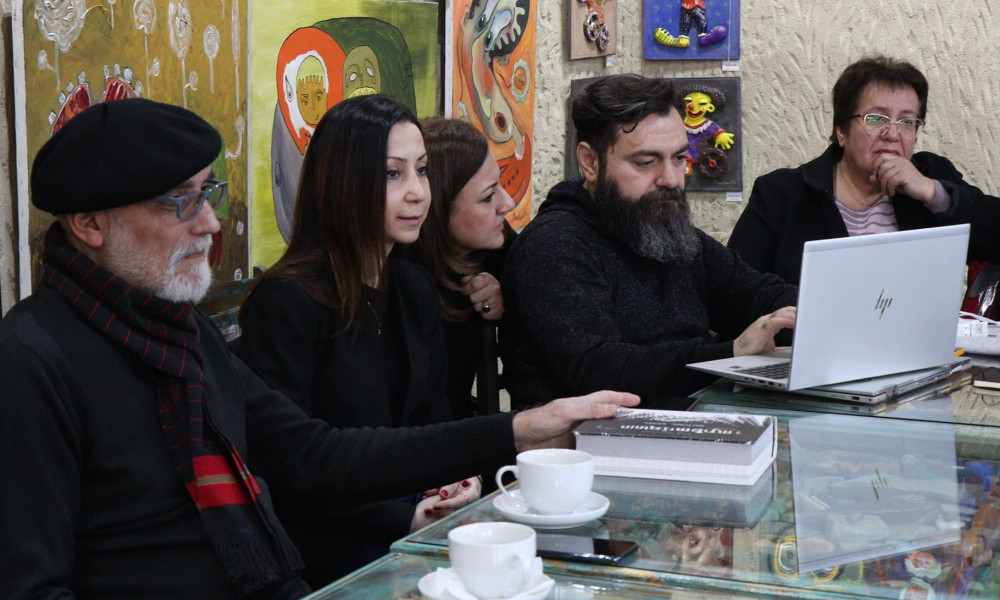 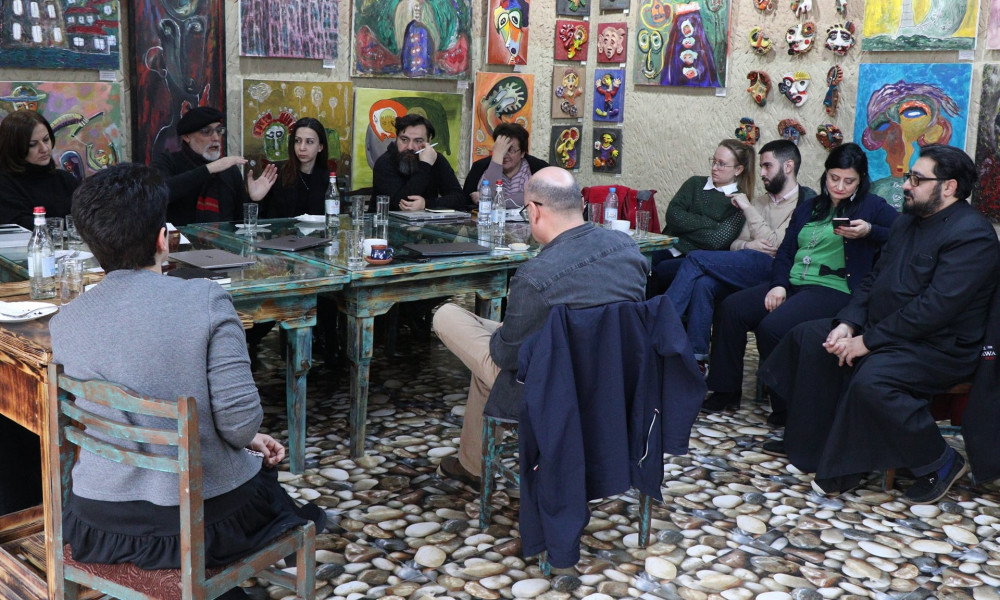