“Literature is directly related to gender, class, ethnicity and everything. There is women’s literature and there is men’s literature. The thing is that we don’t say male writer, but women are labeled as female writers. And I’m okay with naming myself a woman writer. Everybody writes from their own perspective and my perspective is feminine,” stated Tamta Melashvili, an award-winning Georgian author and feminist, during a discussion titled Writing and Women. The public discussion was organized on June 10, 2022 by Goethe-Zentrum Eriwan and PEN Armenia as part of the PoLitPEN project and was moderated by Lusine Kharatyan, the Chair of Women Writers’ Committee at PEN Armenia.

Is there such a thing as women’s literature? What does it imply? What challenges do contemporary women writers face? Do they face the challenge of being less recognized and/or accepted compared to men? Do they have to prove the importance of their works? These and other similar questions were discussed with Armenian and Georgian writers and publishers, as well as other participants present at the event. PEN Armenia member Asya Darbinyan read from her translation of Tamta Melashvili’s new novel, Blackbird Blackbird Blackberry (2021), which will be soon published in Armenia by Edge Publishing House.

Goethe-Zentrum Eriwan is a loyal partner and like-minded organization, to which we are always grateful for hosting the first public event of PEN Armenia after many years of inactivity (see History of PEN Armenia: Relaunch).

We would like to express our gratitude in particular to Goethe-Zentrum Eriwan director Natia Mikeladse-Bachsoliani, who we are happy to say is also a wonderful literary translator and a real devotee of literature. She has greatly contributed not just to the development of Armenian-German relations in Armenia but also to the establishment of a multilateral dialogue, particularly one involving Armenia, Georgia, and Germany. It should be noted that Natia Mikeladse-Bachsoliani is the translator from Georgian to German of Tamta Melashvili’s novel Counting Out.

Let us add that gender policy is one of the four priority areas for PEN Armenia (see Annual Meeting 2022). 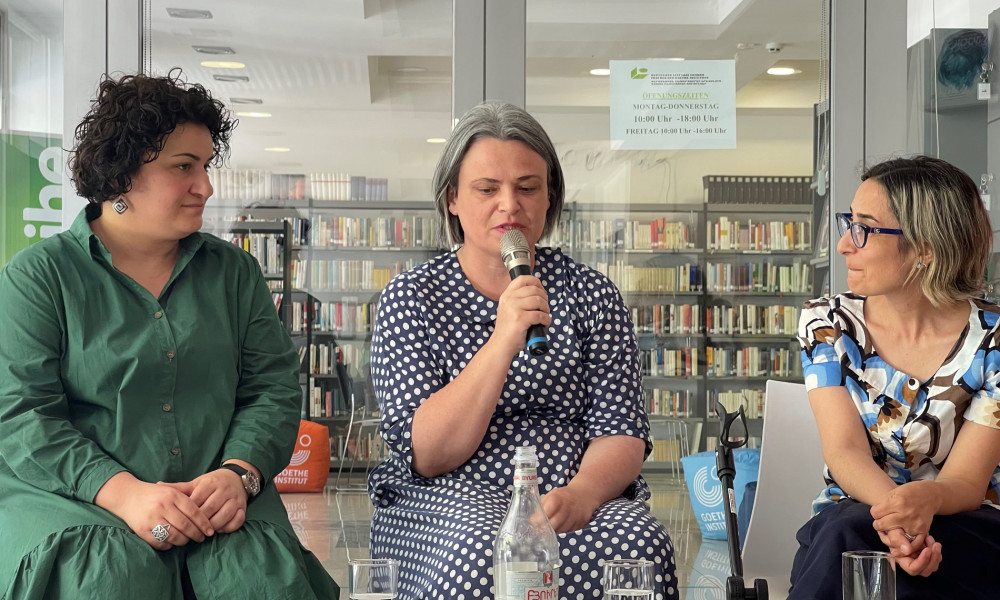 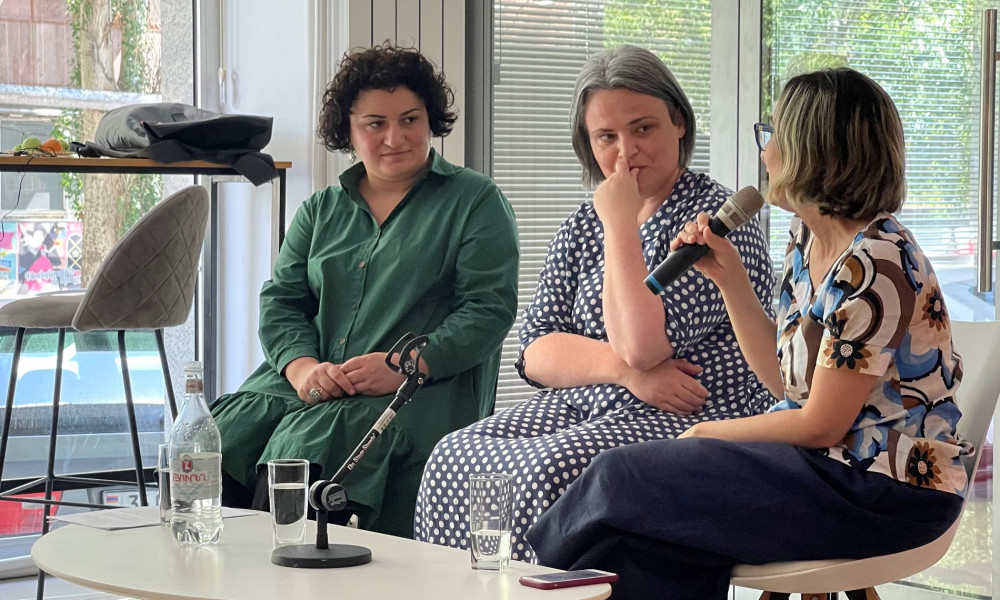 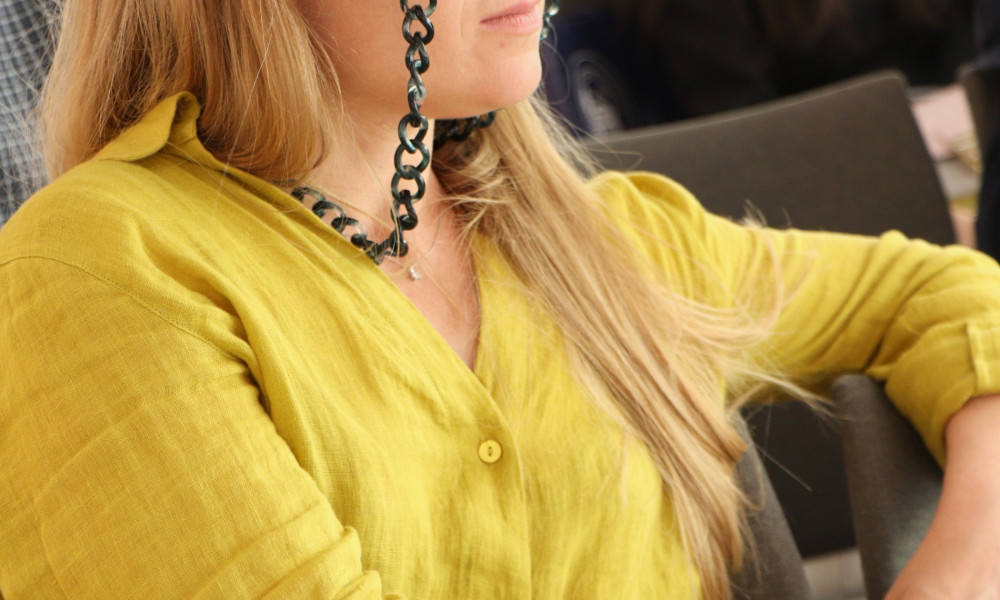 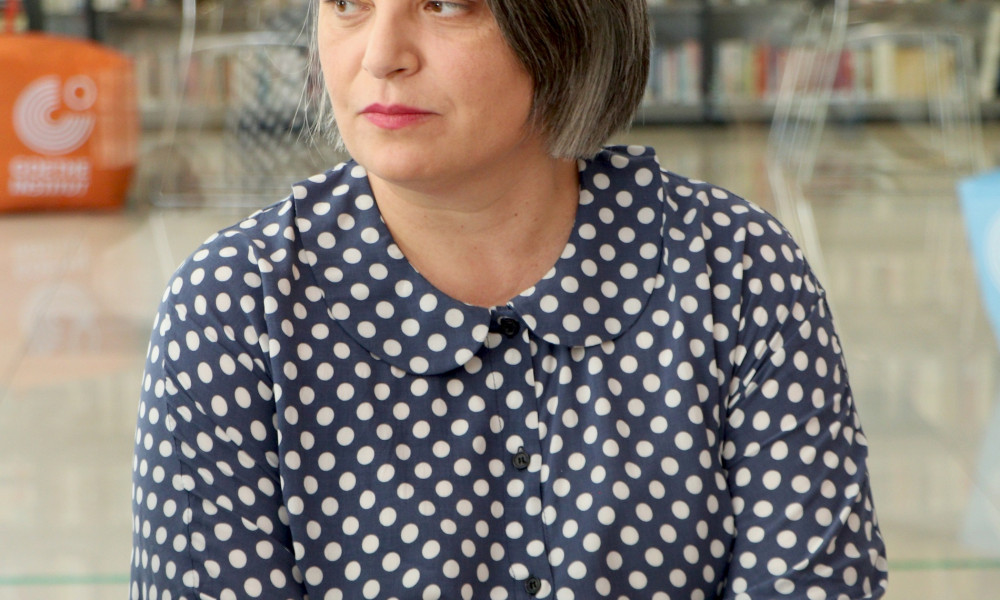 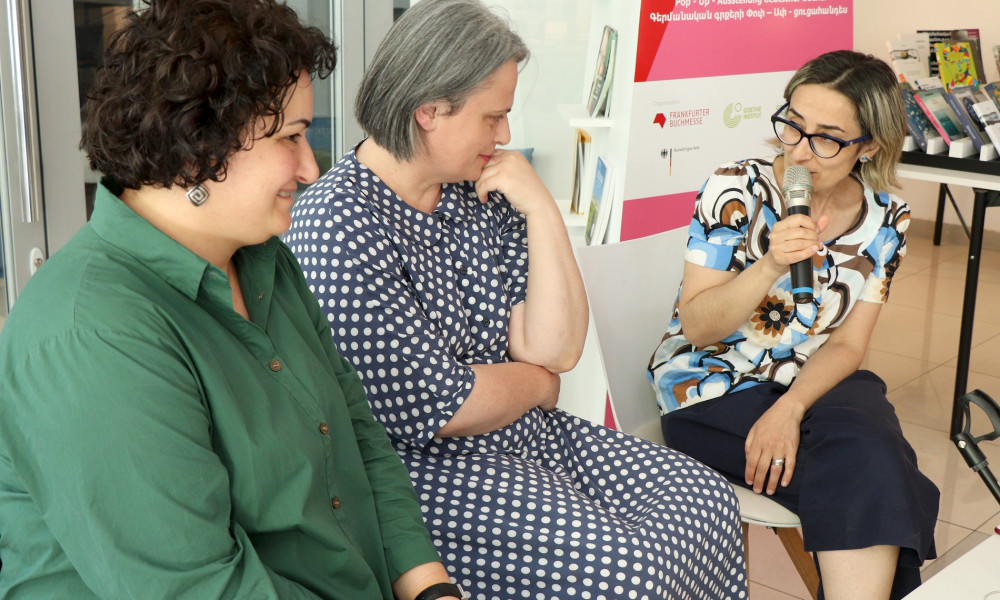 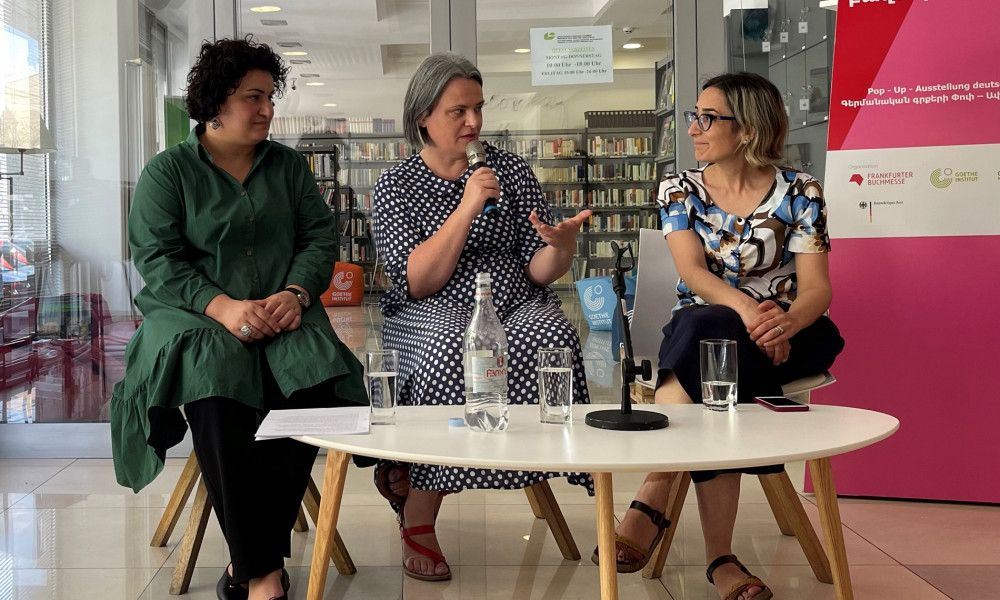 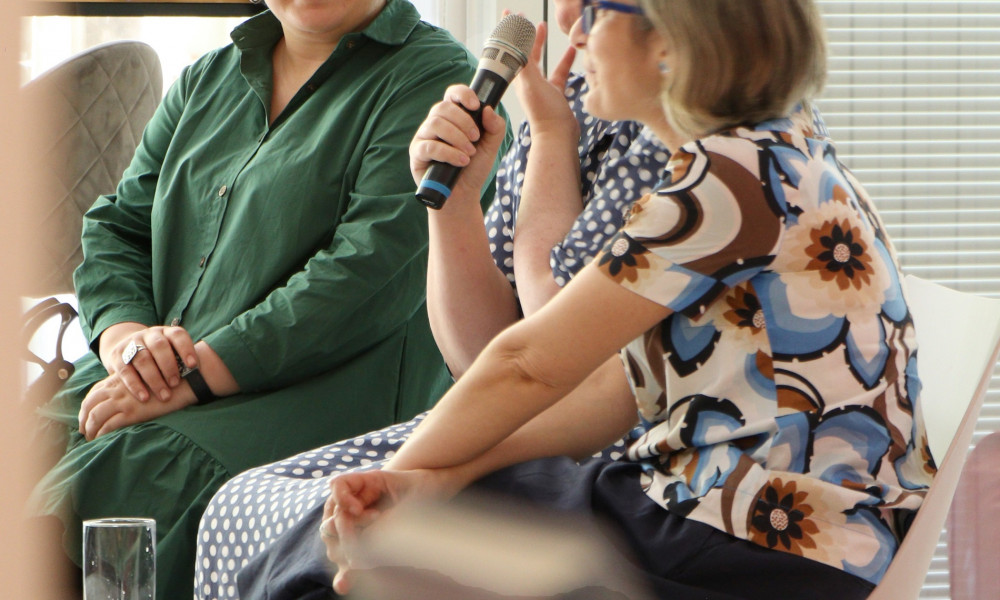 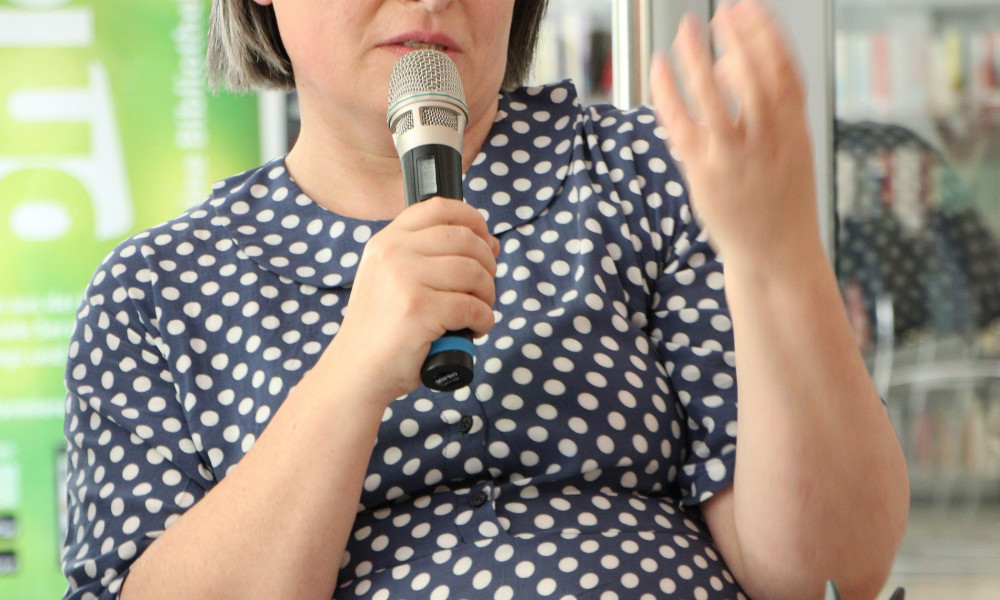 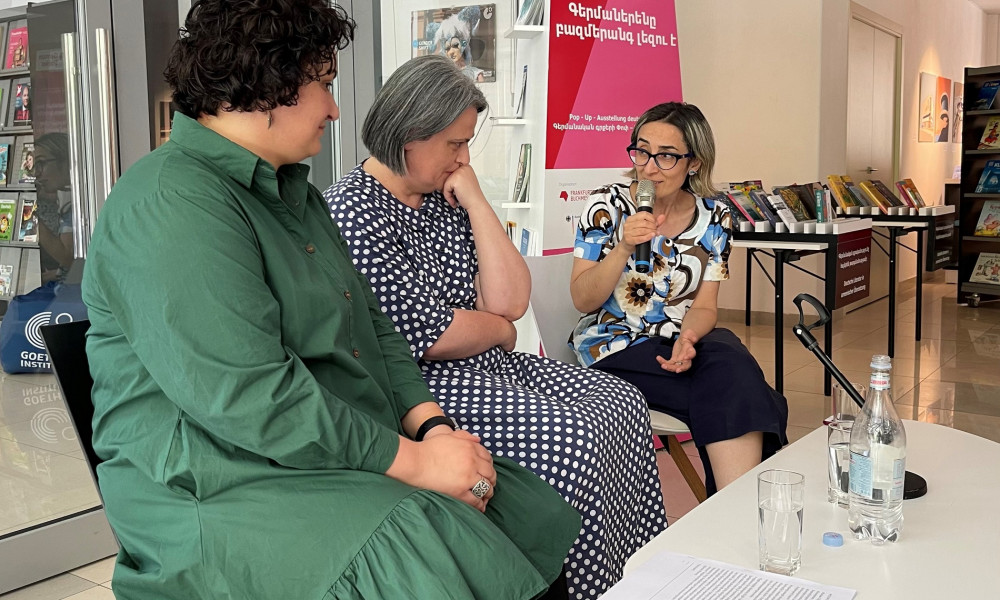 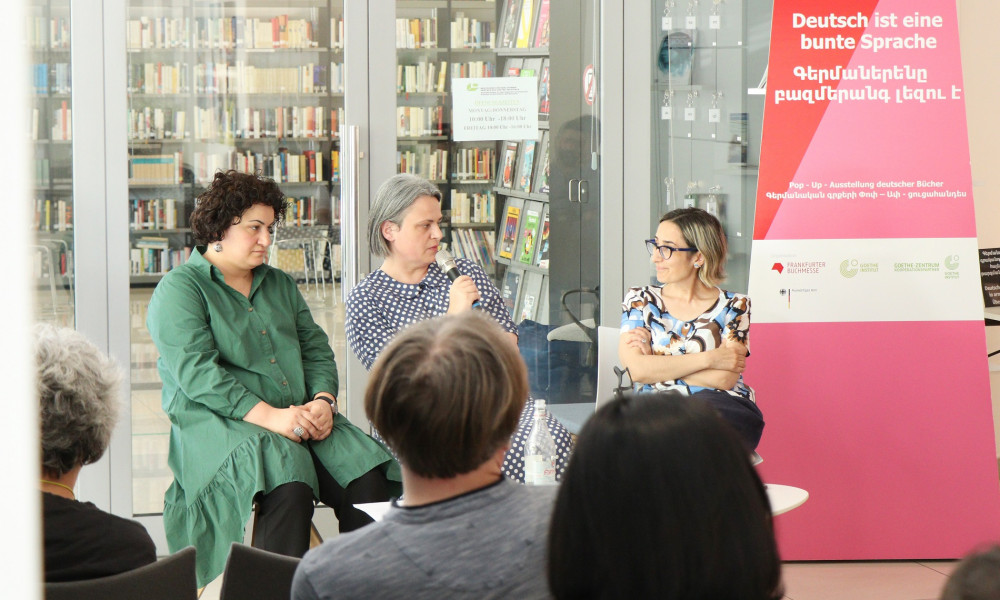 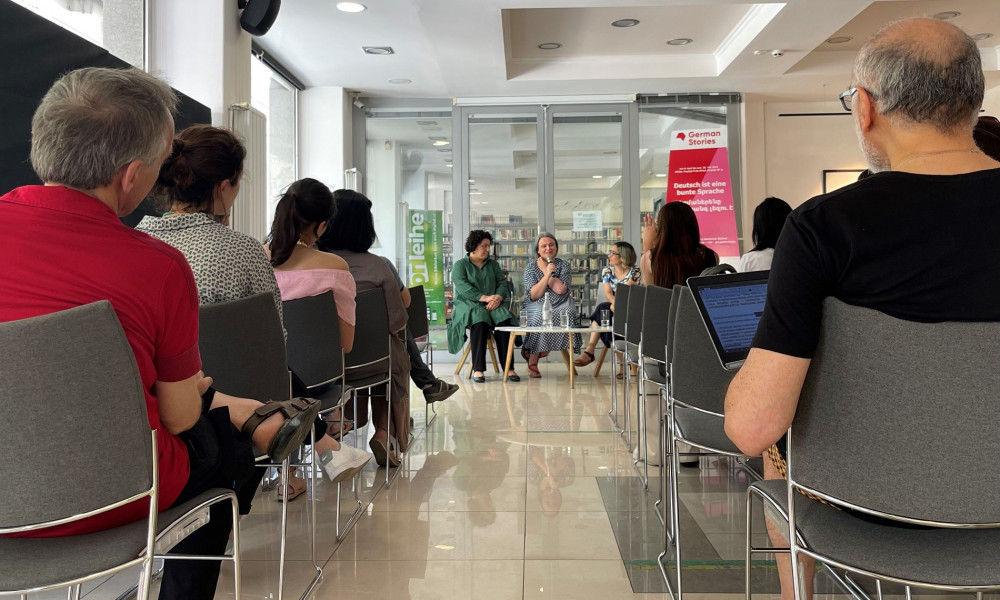